‘An absolute hero’: Thousands pay tribute to slain officer in procession from Vancouver to Burnaby

by author
in National
Reading Time: 2 mins read
0 0
A A
0
0
SHARES
13
VIEWS
Share on FacebookShare on TwitterLinkedinReddit

Thousands of first responders lined the streets Thursday morning in a procession stretching from Vancouver General Hospital to Burnaby Hospital to pay tribute to one of their own.

Const. Shaelyn Yang, 31, worked in the Burnaby RCMP detachment’s mental health and homeless outreach team and was killed in the line of duty on Tuesday.

“Constable Shaelyn Yang was an absolute hero in serving our community and doing the exact same thing that police officers across this country do every day,” Vancouver Police Department Chief Adam Palmer tells CTV News.

Yang was involved in an altercation at Broadview Park when she was fatally stabbed. A suspect was also shot.

“It’s an absolute tragedy,” says Palmer. “This has been an incident that’s hit police officers locally with our brothers and sisters in the RCMP in Vancouver but really all across this country.”

Five police officers have been killed in the line of duty across Canada over the last month, Palmer adds.

Just one day after Yang’s death, a suspect was charged with first-degree murder.

The accused, Jongwon Ham, made a court appearance on Wednesday and was remanded in custody, the B.C. Prosecution Service confirmed in an email to CTV News. 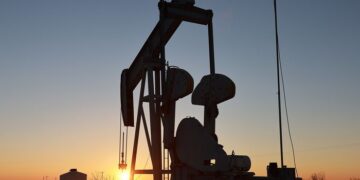 Hundreds of unclaimed or lost bags remain at YVR

Bella Hadid Is Starting Off 2023 With Tropical Bikini Pics