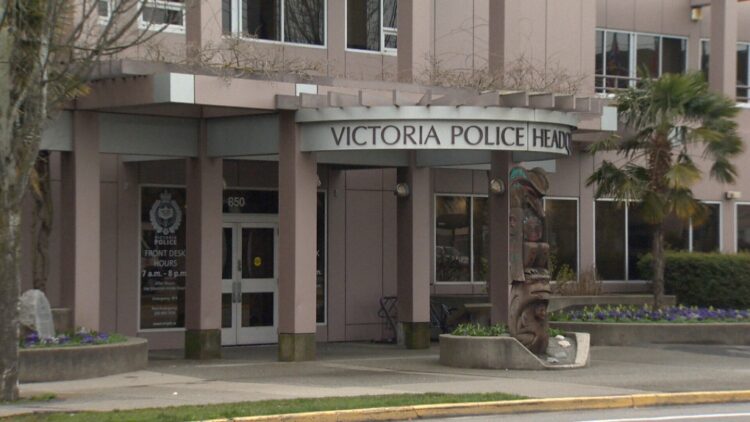 One man was arrested and remains in custody after a woman was robbed and sexually assaulted by a stranger in Victoria on Tuesday night.

Investigators with the Victoria police special victims unit have taken over the case after officers were called to a report of a woman who was attacked near St. Ann’s Academy, in the 800-block of Humboldt Street, around 11:50 p.m.

Police say the woman provided a detailed account of the attack and a description of the perpetrator to responding officers.

Police located a suspect at approximately 2:50 a.m. Wednesday. The man was transported to Victoria police headquarters where he remained Wednesday afternoon.

The victim suffered non-life-threatening injuries in the assault.

Police are asking anyone with information or surveillance video from the area of Beacon Hill Park along Douglas, Blanshard, Southgate or Quadra streets, to contact investigators at 250-995-7654.

SVU is investigating after a woman was attacked, sexually assaulted & robbed by a stranger in the St. Ann’s Academy area of 800-block Humboldt last night. Officers arrested a suspect early this morning. #yyj | https://t.co/LZB4ckpVNv pic.twitter.com/raFR8vmbPv

Victoria police ask all survivors of sexualized violence to contact the department for support and to report a crime at VicPD.ca/webelieveyou.

This photo provided by Edmunds shows the interior of the 2022 Lucid Air, an electric vehicle whose software allows it...

Here is the most expensive home sold in Oakville in January