‘There are things we can do’: Newly elected Vancouver Island mayors look to tackle doctor shortage

With tens of thousands of Vancouver Island residents lacking a family doctor, it’s no surprise the health-care shortage emerged as a major issue in the B.C. municipal elections.

While healthcare is not typically a municipal government concern, recently elected mayors and experts say there are things municipalities can do to attract more family doctors to their communities.

“This is an all-hands-on-deck approach right now,” says Doug Kobayashi, who was elected the next mayor of Colwood, B.C., on Saturday.

Colwood’s growing population is around 20,000 people currently, but the city only has four family doctors working there and no walk-in clinics.

“There are things we can do,” Kobayashi says. “Things like a tax holiday for a [health-care] facility, for example.”

Healthcare is a provincial responsibility, with funding provided by the federal government, but Kobayashi says communities have to step up to help meet the challenge.

“It’s all levels of government that have to be involved in this right now,” he says.

“We know we can use new development as a lever,” Desjardins says. “Density bonuses can provide options for space, or reduced rent.”

Subsidized housing for doctors and health-care workers, and subsidized daycare spaces, are other levers municipalities can use to attract and retain professionals.

“Municipalities, and by extension health regions, will promote themselves as a great place to live and be and a great place to raise a family,” says Dan Reeve, a political scientist at Camosun College.

The B.C. Ministry of Health and Doctors of B.C. announced in August they would provide $118 million in “stabilization funding” over four months to help primary-care providers in the province stay open.

The funds will be distributed until Jan. 31, and will give the ministry and the doctors’ organization more time to finalize a new payment model that family doctors in the province have been demanding. 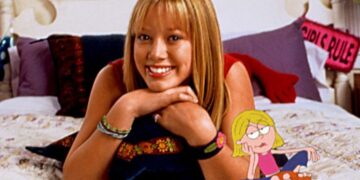 Calling all “Lizzie McGuire” fans, Hilary Duff is still hopeful that a reboot could happen.The actress, who shot to fame thanks...