by author
in Business, Consumer & Gadgets
Reading Time: 4 mins read
0 0
A A
0
0
SHARES
10
VIEWS
Share on FacebookShare on TwitterLinkedinReddit

Recently, when scrolling through TikTok—purely for research purposes of course—we paused on a video “spilling the tea” (that means sharing the goss) on the hottest new social media app, BeReal.

As social media researchers and teachers of Gen Z university students, we try to stay current with the latest trends. BeReal is a refreshing change from curated feeds—however, as with most new social media platforms, free speech issues may lurk just around the corner.

A collection of mundane photos

Self-described as “not another social network” by French founders Alexis Barreyat and Kévin Perreau, BeReal is the anti-Instagram version of Snapchat, where users are encouraged to be “real” and “authentic.”

Once a day, BeReal users receive a notification with a strict deadline of two minutes in which to post an unfiltered photo of themselves, in all their pajama-clad, Netflix-watching glory. Or engaging in whatever activity that makes up most of our days—studying, working, running errands, making dinner.

The end result is a feed of mundane photos of friends (or strangers found through the Discovery feature) that is equal parts liberating and comforting. It reminds us most people’s lives are just as ordinary as our own, and a refreshing change from the highly curated social feeds we usually see.

As a fledgling app still in its honeymoon phase, with little scrutiny to date, BeReal is yet to see significant public scandals. For now, the app may just be a fun way for young people to connect.

But, as researchers examining the interplay between social media and free speech, we can imagine free speech issues on the horizon for BeReal, whose vague terms of use give the company a high degree of discretion over content moderation.

We’ve seen this before on platforms like Facebook, which has been accused of censorship by deleting Black Lives Matter protest content and the iconic “Napalm Girl” photo.

Free speech tensions in this area are fraught. While social media companies are often accused of unwarranted censorship, they also face significant pressure to limit harmful content like hate speech on their platforms.

Just days ago, TikTok, Twitter and Instagram rushed to remove anti-Semitic content shared by Ye (formerly known as Kanye West). Now the rapper has pledged to buy so-called “free speech” app Parler as a reaction against his deplatforming.

Meanwhile, the proposed banning of TikTok in the US due to data security concerns has been met with claims of free speech violations from critics, such as free speech organization Article 19.

For the more recent BeReal, free speech may become an issue if it attracts more nefarious uses. So far, the app’s terms of use encourage users to report “illicit or inappropriate” content while shirking liability as a mere “hosting company” rather than an actual publisher of content.

The terms also require users not to post any “content of a sexual and/or child pornographic nature, [or material] calling for hatred, terrorism, violence in general or against a group of people in particular, inciting others to endanger themselves or provoking suicide.”

While this is in line with content policies on other social media platforms, problems potentially remain for free speech.

Firstly, BeReal’s terms provide little guidance on what constitutes this undesired content, leaving the platform with a high degree of discretion as to what content can be censored.

Secondly, although BeReal reserves the right to “remove or temporarily or permanently suspend access” to violating content, it is not clear whether users will receive warnings prior to content removal, what breaches will trigger which disciplinary actions, and whether there are any avenues of appeal available to users.

Censorship would be easy

Imagine, for example, that a BeReal user with many followers posts an image of police using unreasonable force to arrest a person at a protest. BeReal might delete the content for depicting violence. Yet images such as these can often constitute speech.

Free speech laws usually only prevent censorship by governments rather than companies—some academics have called this into question amidst the unprecedented power of social media companies to censor speech online.

With this in mind, we should be concerned material on BeReal could be removed without explanation, warning, transparency or avenue for appeal.

Consumers should be concerned about the sweeping discretion social media companies like BeReal have over so much of our speech. In addition to independent oversight, greater regulation and a code of conduct, we should demand clearer avenues of appeal and greater transparency regarding content moderation decisions from all social media platforms.

BeReal is currently not much more than a gallery of the mundane, and as such, these may not be pressing issues. Especially if the app is a passing fad, which it may well prove to be.

But with all eyes on Meta, TikTok and Twitter, smaller companies can fly under the radar. We always need to be ready to protect speech in the next potential “marketplace of ideas”.

Citation:
Millions of users are flocking to the BeReal app—but it may pose free speech issues (2022, October 19)
retrieved 19 October 2022
from https://techxplore.com/news/2022-10-millions-users-flocking-bereal-appbut.html
This document is subject to copyright. Apart from any fair dealing for the purpose of private study or research, no
part may be reproduced without the written permission. The content is provided for information purposes only.
Tags: free speechharmful contenthate speechsocial mediasocial media companiessocial media platforms
Previous Post

Professor explains how blockchain can be a creative disruptor of business

Professor explains how blockchain can be a creative disruptor of business 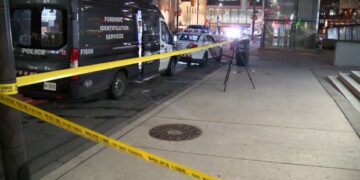 Bail hearings for seven of the teen girls charged in connection with the alleged “swarming” death of a Toronto man...

Fire at insurance office causes $1M in damage in Ancaster

Hydration May Be a Key to Healthy Aging