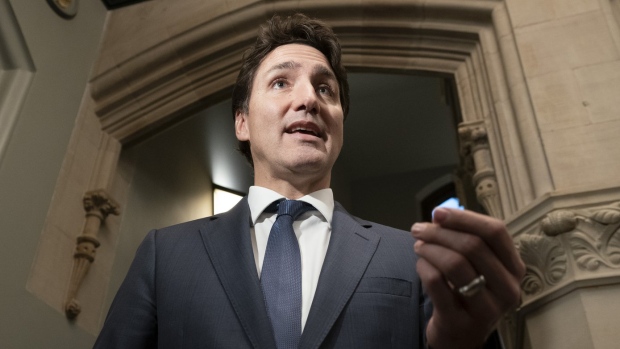 Different levels of government involved in trying to bring an end to the mass demonstrations in Ottawa and several border crossings last winter were not always on the same page, Prime Minister Justin Trudeau acknowledged Wednesday.

But he says the important thing is that, in the end, there was unity between the city, the province and the federal government, including over the decision to invoke the federal Emergencies Act in mid-February to bring an end to the weeks-long events.

There were “of course” moments during the unfolding of the convoy when governments “weren’t working as tightly as would have been ideal,” said Trudeau. “But the important thing is that we all stood together and put Ontarians and Canadians first and we resolved the situation.”

His comments come a day after the public inquiry into the use of the federal Emergencies Act produced evidence suggesting that about 10 days into the convoy, Trudeau did not think Ontario Premier Doug Ford was showing up to help end it.

“Doug Ford has been hiding from his responsibility on it for political reasons as you highlighted,” Trudeau told Ottawa Mayor Jim Watson, according to a readout of a call between them on Feb. 8.

He went on to say that Ford couldn’t be allowed to get away with that.

Watson was testifying at the inquiry Tuesday and said he shared Trudeau’s frustration.

With three days of testimony now complete, the inquiry has begun to paint a picture of a chaotic response to the event by police and different levels of government.

The inquiry is a legal requirement under the Emergencies Act to evaluate whether the government met the high threshold required to use it.

Invoking the Emergencies Act, which had never been done since its passage in 1988, allowed the government to implement temporary but extraordinary powers including freezing the bank accounts of convoy participants and forcing insurance companies to suspend insurance coverage of vehicles involved in the convoy.

Opposition Conservatives are among the critics who say the government did not meet the legal threshold and invoking the act was an overreach to deal with what amounted to people lawfully expressing their discontent with the government.

Many of the party’s MPs also openly supported the demonstrators during their takeover of the streets outside of Parliament Hill, even as local residents complained of unending honking and city leaders begged them to leave.

Alberta Conservative MP Arnold Viersen called on protesters who were there to make public submissions to the commission about their motivations and “how safe you felt.”

As last winter’s demonstrations continued, Ottawa attempted to create a regular conversation between the three levels of government to discuss the convoy, but the province never accepted the invitation.

Ford ultimately supported the use of the Emergencies Act and used his own measures, including calling a state of emergency in the province to try and get a handle on both the occupation in Ottawa and the blockades at critical border crossings with the United States.

On Monday, before the transcript of the conversation between Trudeau and Watson was public, Ford stood beside both of them at an announcement in Ottawa, and told reporters he “stood shoulder to shoulder” with the federal government during the convoy.

Ford is the first conservative premier to have publicly backed Trudeau’s use of the Emergencies Act. The governments of Saskatchewan, Alberta and Manitoba, whose provinces saw border blockades or efforts to disrupt traffic, all rejected the move as unnecessary.

Former British Columbia premier John Horgan said at the time that he believed something needed to be done, and that it would be up to Ottawa to defend its actions.

Ford’s endorsement this week wasn’t welcomed by Ontario Tory MP Karen Vecchio, who on Tuesday called it “unfortunate” and noted the inquiry was still doing its work.

Quebec MP Gerard Deltell added on Wednesday that he feels the commission process must unfold before any comments can be made.

Trudeau said Wednesday there will be many more details to come as the inquiry continues, but to him, the key is what happened to bring the events to an end.

“Doug Ford invoked his emergencies act. We invoked our Emergencies Act,” he said.

This photo provided by Edmunds shows the interior of the 2022 Lucid Air, an electric vehicle whose software allows it...

Bills’ Damar Hamlin in critical condition after collapse on field

Trump rings in 2023 facing headwinds in his White House run