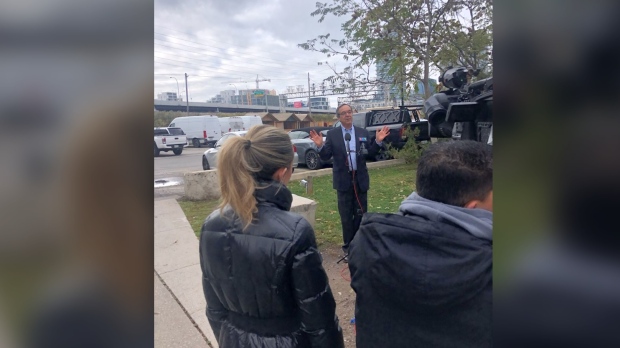 Mayoral hopeful Gil Penalosa wants to cancel the “wasteful” rebuild of the Gardiner East Expressway and instead replace the elevated highway with an at-grade boulevard.

In a news release, the urbanist expressed his commitment to “follow best practices of cities around the world by tearing down the elevated expressway.”

Penelosa, a former parks chief in Bogota, Colombia, says his proposal would open up 5.4 acres of new lands with an estimated value of $450 million. He also said 8,000 new homes could be built there, while generating $1 billion in savings and revenue. Further, Penalosa pointed out that the plan would still allow the Don Valley Parkway to be connected with the Gardiner Expressway, west of Jarvis Street.

“Every world-class city is removing their elevated expressways, yet John Tory plans to pour a billion dollars into outdated, crumbling infrastructure when people’s top priority is new housing and public services,” he said. “By removing the Gardiner East, we have an opportunity to create a destination, rather than have that part of the city be just a place to pass through.”

Seven years ago, Toronto City Council voted 24-21 in favour of implementing a ‘hybrid’ option for the Gardiner East that would see the expressway moved 100 metres to the north and rebuilt from the Don Valley Parkway to Jarvis Street at a cost of roughly $919 million over a 100-year period.

The project was initially expected to take six years to complete, including about a year and a half of traffic diversions. Several on/off ramps will also be relocated as part of the plan.

Back in 2015, councillors also considered tearing down the eastern portion of the Gardiner Expressway and replacing it with an eight-lane Lake Shore Boulevard. That option, which was pegged to cost $461 million, ultimately failed in a vote of 19-26 at council. Almost all downtown representatives preferred this option, arguing that the hybrid plan will be more expensive and would sacrifice an opportunity to open up new lands for development and to revitalize a key stretch of the city’s waterfront.

Tory strongly supported the ‘hybrid’ option, which he said would hold back congestion and prevent lost productivity.

In a statement from his re-election campaign, he reiterated his commitment to the “hybrid” plan for the Gardiner East.

“While others attempt to reopen almost decade-old debates in an effort to change or delay important transit, transportation and infrastructure projects, the mayor is focused on moving Toronto forward and getting big things done,” spokesperson Jenessa Crognali wrote.

“(Tory) is committed to the historic $28 billion-plus transit (expansion) project he secured for the city, and at the same time protecting critical transportation infrastructure.”

Crognali went on to note that Tory’s “priority is to keep people moving in Toronto, whether it be driving, taking public transit or cycling” as the city’s grows with “mega-transit projects and housing developments under construction.”

“Keeping projects moving is how we keep people moving,” she said, noting more than 32 million vehicle trips annually are taken on the eastern section of the Gardiner Expressway. 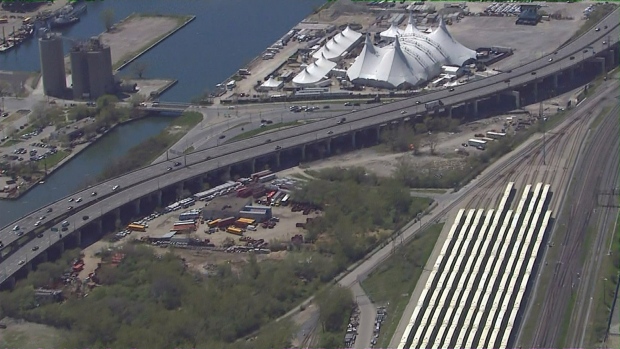 The City of Toronto told CP24.com that going with a different option for the Gardiner East would be a complicated process.

For starters, any proposal to revisit the Gardiner EA options would have to go through the Committee and Council process. To change this plan would require reopening the already-approved EA with the Ministry of the Environment, Conservation and Parks. If that’s approved, the public consultation process would have to be re-done and a new study would be needed to “evaluate the options.”

That report would then need to be submitted to City Council for approval and then submitted to the Ministry of Environment, Conservation and Parks for the Minister’s approval.

“This process generally takes around two years. In addition to time, there would be additional costs incurred during the process to conduct another environmental assessment, costs for interim repairs to ensure the expressway remains operable and costs associated to deliver whatever alternative is selected,” the city said.

Penalosa said he’s is confident his proposal is do-able as so far “no contracts (have been) signed to build the Gardiner hybrid since it was approved.”

The City of Toronto, however, said work is already well underway on this project.

They said at this time they’re at the stage of finalizing the preliminary design for the section of the Gardiner that runs east of Cherry Street to the DVP.

Once that’s done, the city said it would “determine the next steps in terms of procurement including timelines.” Details about the value of that contract will be publicly released once that process is complete, they city told CP24.com in an email.

The first project of what is known as the strategic rehabilitation plan from Jarvis to Cherry streets was completed in the spring of 2021 and cost approximately $300 million. This work was included within the limits of the Gardiner East Environmental Assessment (EA).

During that time, the city said they allowed Waterfront Toronto to remove the Logan ramps and widen the Lakeshore bridge as part of the Portland’s Flood protection work. That work is currently underway as is preliminary engineering design for the Cherry to DVP hybrid section.

Between these two projects, the City of Toronto estimates $500 million has already been “contractually committed” to the Gardiner East ‘hybrid’ option.

“We expect to award the construction contract for the next Gardiner project, which will replace the girders and deck of the elevated portion of the Expressway between Dufferin Street to Strachan Avenue, in 2023,” the city noted.

Work on rebuilding the eastern portion of the Gardiner Expressway, from Cherry Street to the DVP, isn’t expected to get underway until 2026.

With files from CP24’s Joshua Freeman.

Elon Musk cuts Twitter expenses by falling behind on bills

Credit: Unsplash/CC0 Public Domain Elon Musk is trying to slash expenses at Twitter as close to zero as possible while...

Former FTX US head had months of disputes with Bankman-Fried: ‘I realized he wasn’t who I remembered.’