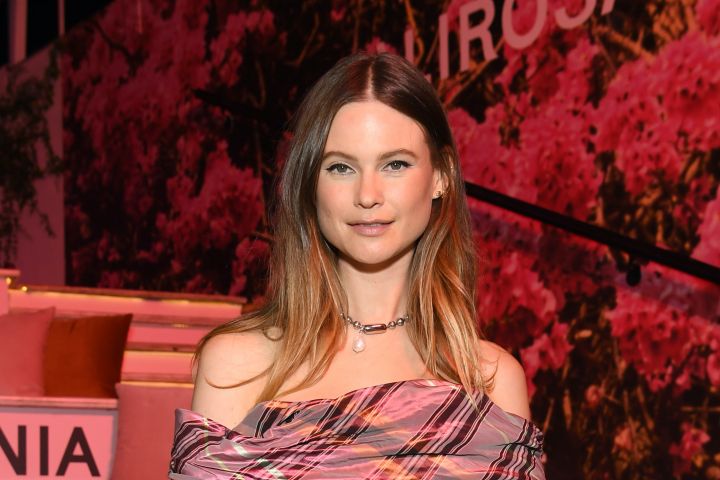 Behati Prinsloo is bumpin’ around town! The pregnant model is showing off her growing belly in a bathroom mirror selfie shared to her Instagram Stories on Tuesday.

In the pic, Prinsloo wears a black, skintight jumpsuit and oversized animal-print jacket. She accessorizes the moody fall look with black combat boots, a black crossbody bag and tortoise shell sunnies atop her head. The 34-year-old playfully added an animated alien to the background of the image.

Prinsloo revealed just last month that she and husband Adam Levine are expecting their third child together. The couple, who wed in 2014, are already parents to daughters Dusty Rose, 6, and Gio Grace, 4.

Days later, Levine became embroiled in a cheating scandal when allegations of an affair with a TikTok star surfaced on social media. Following the accusations, Levine took to his personal social media to release a statement and deny the cheating allegations but admit to being inappropriate. Since then, numerous women have come forward with their own allegations of receiving flirty social media messages and likes from Levine.

A source told ET at the time that, “Adam and Behati are trying to move past this situation and move forward together as a couple and parents.” The source added, “Behati is upset about how everything was handled and the public aspect of it, but their goals is to be the best parents and work through things. Adam is committed to making things better with Behati.”

In recent weeks, the duo have stayed by each others’ sides. Prinsloo recently supported Levine backstage at The Shaquille O’Neal Foundation’s “The Event” fundraiser at the MGM Grand Garden Arena in Las Vegas, Nevada, following his scandal. The couple has also been spotted out together running errands and embarking on what appeared to be a couple’s getaway via a private jet.

Last year, Prinsloo opened up to ET about wanting a “big family” — but also needing a moment to catch her breath after the roller coaster of raising two under two.

“We always knew we wanted a second one. So, I think for me in those two years, when I had two babies under the age of two, I was just like, ‘Don’t even think about it!’ But I do also want five kids, but don’t even think about it,” the model said of growing their family, after initially pumping the breaks after baby No. 2. “You know what, ‘Never say never.’ We want a big family, who knows, we’re leaving it up to fate and just what happens. What will happen, will happen. So, there’s no limits to it.”

Alia Bhatt, Bollywood’s Darling, Completes A Decade In Films: ‘I Promise To Be Better’

Alia Bhatt, Bollywood’s Darling, Completes A Decade In Films: ‘I Promise To Be Better’ 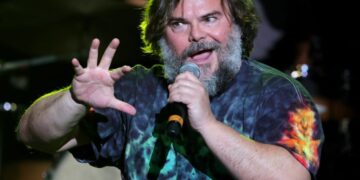 Is this true? Are we going to get the sequels of the classics “School Of Rock” and “Pick Of Destiny?”Well,...

DeFi-type projects received the highest number of attacks in 2022: Report

Kremlin-ordered truce is uncertain amid suspicion of motives