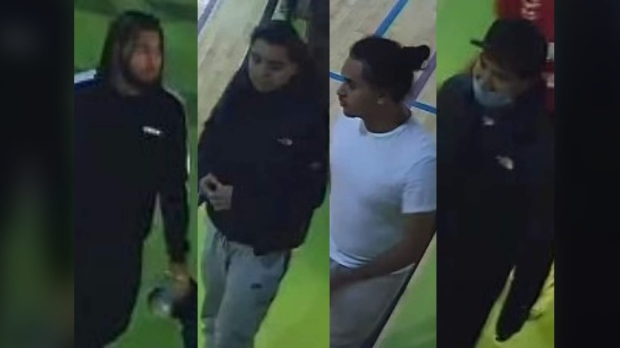 Toronto police are looking for four “persons of interest” wanted in connection with the murder of a 49-year-old Woodbridge man.

Edwin Farley Alvarado Quintero died in hospital on Oct. 10 after being shot the night before at North York’s Li Liga Sports Complex. He is Toronto’s 56th homicide victim of the year.

Two other men were also shot on Oct. 9 inside the indoor soccer and basketball facility near Finch Avenue West and Alness Street, just west of Dufferin Street. One of the victim’s injuries were life-threatening, while the other person’s were deemed to be serious.

So far, Toronto police have provided little information about what transpired that night.

No information has been released about possible suspects or what may have led to the shooting. Police said multiple shell casings were found at the scene, but investigators would not say if the shooting was targeted.

Futsal Canada, in a statement posted online, provided some insights as to what may have happened. The organization said the murder victim, who uses the family name Alvarado, was “doing his job and passion as a referee when a fight broke out between some players.” According to Futsal Canada, the “dispute escalated to the level where a man armed with a gun fired shots into the venue hitting three men.”

A charity futsal tournament has been organized in Alvarado’s honour by the soccer and Latino communities in conjunction with Toronto police. The fundraiser is set for this Sunday in North York.

Funds are also being raised online to pay for Alvarao’s funeral and help his wife, Alejandra, and two teenage daughters.

UK PM Truss vows to stay, but on the brink as minister quits 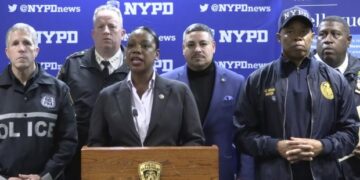 NEW YORK (AP) — A man accused of attacking police with a machete near New York’s Times Square on New...