Why are education workers in Ontario positioned to strike? 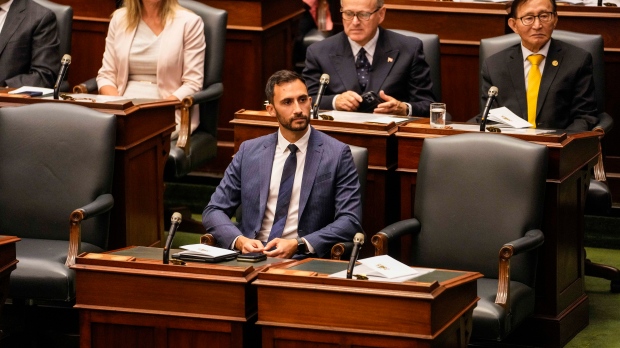 Thousands of Ontario education workers are positioned to commence a legal strike in weeks as talks with the Ford government hit a roadblock.

On Monday, the Canadian Union of Public Employees (CUPE), which represents 55,000 education workers in the province, took a new leap towards job action.

Here’s what you need to know about the latest updates.

CUPE, representing education workers such as administration staff, librarians, early childhood educators and custodians, is sitting on one side of the bargaining table while the Ministry of Education is perched on the other.

Why are they positioned to strike?

The primary point of contention between CUPE and the government is salary.

The union is seeking an 11.7 per cent annual salary increase for their members. CUPE says years of wage freezes and caps have left their employees’ salaries falling behind.

In response, the government has offered to raise the wage of workers making less than $40,000 by two per cent a year and the salary of all other workers by 1.25 per cent.

In a statement issued Monday, Education Minister Stephen Lecce said he hopes “CUPE will bring forward reasonable requests that focus on students staying in class, not requests for a nearly 50 per cent increase in compensation.”

“Like parents, we believe strongly that students deserve to be in class catching up on their learning and are disappointed to hear the education union reconfirm to parents their intention to impose a strike on kids and their families,” he said.

What other points of contention are at the table?

Ontario education workers are pushing for casual and temporary employees’ salaries to match how much permanent staff make. They also want to see the rate of overtime pay double along with the elimination of pay grids.

Aside from pay, they also want 30-minutes of prep time established every day for educational assistants and early childhood educators (ECEs), along with an extra week of paid work before the start of the school year and an increase in benefits.

When could the strike start?

As of Nov. 3, both CUPE and the ministry will be in a legal strike/lockout position.

This follows a conciliator issuing a “no board report” on Oct. 7 when talks with the government reached an impasse.

How could this impact in-person learning?

The Toronto District School Board (TDSB) told CTV News Toronto that they were not in a position to speculate on how strike action could impact in-person learning.

“We continue to be hopeful that all sides will be able to reach a collective agreement that avoids any impacts to classrooms,” TDSB spokesperson Ryan Bird said.

However, some classrooms, such as senior and junior kindergarten, typically have ECEs, which would fall into the group of education workers set to strike.

A conciliator issued a “no board report” on Monday, which begins a 17-day countdown after which point the union would be in a legal strike position and the ministry would be in a legal lockout position. The union will still need to give five days’ notice prior to any job action taking place.

That being said, there are still three days of bargaining on the agenda between Monday and Wednesday. During the last round of contract negotiations, in 2019, CUPE and the government reached a last-minute deal the day before workers had been set to go on strike.

With files from the Canadian Press. 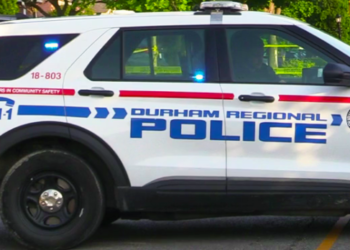 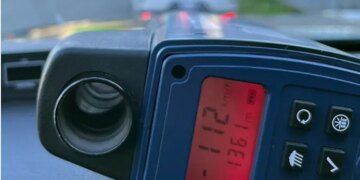 A driver who was speeding through a Milton construction zone at twice the legal limit is facing some stiff penalties.Halton...