by author
in Automotive, Consumer & Gadgets
Reading Time: 5 mins read
0 0
A A
0
0
SHARES
12
VIEWS
Share on FacebookShare on TwitterLinkedinReddit

While many people use Google Maps and other navigation tools to plan their rail transit trips across a city, these apps and websites often lack important information about how accessible a specific station is. That’s a problem for people who use the elevators, including those with mobility disabilities, pregnant people and commuters with heavy equipment such as suitcases or bicycles.

Researchers at the University of Washington developed UnlockedMaps, a web-based map that allows users to see in real time how accessible rail transit stations are in six metro areas: Philadelphia, Chicago, Seattle, Toronto, New York and the California Bay Area. UnlockedMaps shows which stations are accessible and which ones are experiencing elevator outages. The team collected elevator outage data from more than 2,300 transit stations over the past two years to build the system.

The researchers will present these findings Oct. 24 at the ASSETS 2022 Conference on Computers and Accessibility.

What was the inspiration behind UnlockedMaps?

Ather Sharif: First, people who rely on elevators, such as people who use wheelchairs, currently have no map-based tools available to know if there is a real-time elevator outage at a given station. So, these commuters usually just show up at stations, find that the elevators aren’t functioning and then have to find alternative ways to commute, which can lead to missing important appointments or even having to cancel them.

Second, the history of elevator outages is not available anywhere. We’ve been recording elevator outages for the past 28 months in these metro areas. The data can be used by developers, disability advocates and policymakers for a variety of purposes, including shedding light on the frequency of elevator outages and their repair times to identify the disparities between neighborhoods in a given city.

How did you get started with UnlockedMaps?

AS: In 2014, a good friend and I developed a tool called UnlockPhilly at a hackathon. It was the same idea, except that it was limited only to Philadelphia. UnlockPhilly is, unfortunately, no longer an active project, but it inspired us to build UnlockedMaps that targets six different metro areas and is an active research project for us.

Why did you pick these areas?

AS: I have lived in Philadelphia, Chicago and Seattle, so those were no-brainers. It was a way to give back to the community. The other three became part of the project because developers from those cities reached out and wanted to contribute to give back to their communities. I am excited to onboard more cities, and the work for that has already begun.

How does it work?

AS: We scrape the websites of transit authorities and get elevator outage updates hourly. We’re working on increasing our computing resources to fetch the data even more frequently.

What does it mean for a station to be “not accessible” compared to having an elevator outage?

AS: Most stations unfortunately are not accessible. This means there’s either no elevator or ramp present for people who use wheelchairs to access the platform. To make them accessible, the local city government would need to work with the transit authorities to perform necessary construction of ramps or installation of elevators. And that, in my experience, is a painfully slow process.

UnlockedMaps also contains information about nearby restaurants and restrooms. Why?

AS: I think restaurants and restrooms are two of the most common things that people look for when they plan their commute. But no other maps really let you filter those out by accessibility. You have to individually click on each restaurant and check if it’s accessible or not, using Google Maps. With UnlockedMaps, all that information is right there!

For your study, you recruited 34 participants who identified as being a member of the following groups: people with mobility disabilities, pregnant people, cyclists/stroller users/commuters with heavy equipment, members of disability advocacy groups and civic hackers. These participants interacted with UnlockedMaps in their metro area for at least 20 minutes. What were their reactions?

AS: People loved it. They loved that we finally had something that had a central focus on accessibility. Of course, there’s room to grow and features to implement. In our study, people suggested creating an app for the system and adding route-planning features. We’re working on those suggestions.

Are there next steps for this project?

AS: Yes! First, we’re expanding to other cities, and Tokyo is next on our list.

The data that we’re collecting here is invaluable. We could study the accessibility of urban rail transit systems between cities, countries and even continents. We’re conducting long-term studies to understand how people use the tool and will use our findings to improve the system.

I want to add one more thing on the issue of equity. While Google Maps and other tools are great, why has it taken us all this time to understand that our infrastructure disenfranchises people with disabilities? We really hope that this tool and the data that we contribute can provide some transparency into the inequitable aspects of our cities.

Provided by
University of Washington
Citation:
Web-based map provides real-time accessibility information for urban rail transit in six metro areas (2022, October 17)
retrieved 17 October 2022
from https://techxplore.com/news/2022-10-web-based-real-time-accessibility-urban-rail.html
This document is subject to copyright. Apart from any fair dealing for the purpose of private study or research, no
part may be reproduced without the written permission. The content is provided for information purposes only.
Tags: elevatorlong-term studiesmetro areas
Previous Post

Miniature permanent magnets can be printed on a 3D printer

Miniature permanent magnets can be printed on a 3D printer 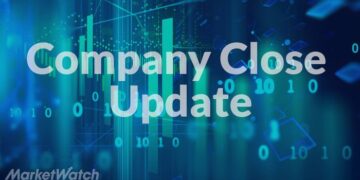 T.J. Holmes Says He’s ‘Such A Marriage Proponent’ In Audition From 2014