Putin calls his actions in Ukraine ‘correct and timely’ 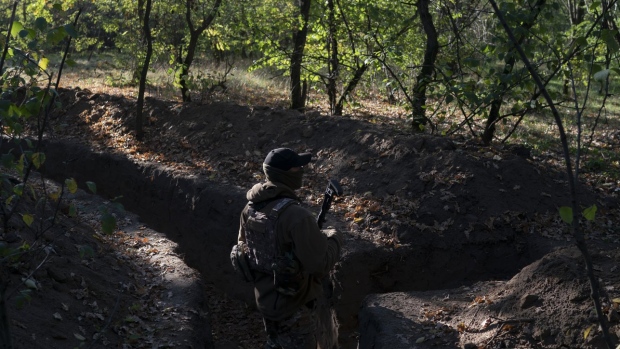 KYIV, UKRAINE (AP) – Russian President Vladimir Putin said Friday he expects his mobilization of army reservists for combat in Ukraine to be completed in about two weeks, allowing him to end an unpopular and chaotic call-up meant to counter Ukrainian battlefield gains and to solidify his illegal annexation of occupied territory.

Putin – facing domestic discontent and military setbacks in a neighboring country armed with increasingly advanced Western weapons – also told reporters he does not regret starting the conflict and “did not set out to destroy Ukraine” when he ordered Russian troops to invade nearly eight months ago.

“What is happening today is unpleasant, to put it mildly,” he said after attending a summit of the Commonwealth of Independent States in Kazakhstan’s capital. “But we would have had all this a little later, only under worse conditions for us, that’s all. So my actions are correct and timely.”

Russia’s difficulties in achieving its war aims were becoming apparent in one of the four Ukrainian regions Putin illegally claimed as Russian territory last month. Anticipating an advance by Ukrainian forces, Moscow-installed authorities in the Kherson region urged residents to flee Friday.

Even some of Putin’s own supporters have criticized the Kremlin’s handling of the war, increasing pressure on him to do more to turn the tide in Russia’s favor.

In his comments on the army mobilization, Putin said the partial mobilization he ordered last month had registered 222,000 of the 300,000 reservists the Russian Defense Ministry set as an initial goal. A total of 33,000 of them have joined military units, and 16,000 are deployed for combat, he said.

Putin ordered the call-up to bolster the fight along a 1,100-km (684-mile) front line where Ukrainian counteroffensives have inflicted blows to Moscow’s military prestige. The mobilization was troubled from the start, with confusion about who was eligible for the draft in a country where almost all men under age 65 are registered as reservists.

Opposition to the order was so strong that tens of thousands of men left Russia. Kremlin critics expressed skepticism at Putin’s claim the mobilization would conclude at the end of the month. Activists predicted only a pause to allow enlistment offices to process regular conscripts during Russia’s fall draft for men ages 18-27, which was postponed this year from Oct. 1 to Nov. 1.

“Do not believe Putin about `two weeks.’ Mobilization can only be canceled by his decree. No decree – no cancellation,” Vyacheslav Gimadi, an attorney at imprisoned opposition leader Alexei Navalny’s Anti-Corruption Foundation, wrote on Facebook.

Asked about the possibility of an expanded mobilization, the Russian president said the Defense Ministry had not asked him to authorize one.

“In the foreseeable future, I don’t see any need,” Putin said, adding: “Nothing further is planned.”

Putin and other officials stated in September the mobilization would affect some 300,000 people, but his enabling decree did not cite a specific number. Russian media reports have suggested the actual number could be as high as 1.2 million reservists.

Putin had also said only those with combat or service experience would be drafted. He later admitted mistakes by military officials, such as the call-up of reservists without the relevant background. Men who received minimal training decades ago were drafted in droves.

Reports also have surfaced that some recruits were sent to the front lines in Ukraine with little preparation and inadequate equipment. Several mobilized reservists were reported to have died in combat in Ukraine this week, just days after they were drafted.

Putin responded to the criticism Friday, saying all activated recruits should receive adequate training and that he would assign Russia’s Security Council “to conduct an inspection of how mobilized citizens are being trained.”

Before launching the invasion on Feb. 24, Putin questioned Ukraine‘s right to exist as a sovereign nation, portraying the country as part of historic Russia. Asked about this on Friday, he repeated his claim that Russia was prepared for peace talks and again accused the Ukrainian government of quitting negotiations after Russian troops withdrew from Kyiv early in the war.

Ukraine rejected any possibility of negotiating with Putin after he illegally annexed Ukraine‘s Kherson, Zaporizhzhia, Donetsk and Luhansk regions last month based on “referendums” that Kyiv and the West denounced as a sham.

The war’s momentum has shifted toward Ukraine as its military recaptures cities, towns and villages that Russia took early in the war. After occupied Kherson’s worried Kremlin-backed leaders asked civilians to evacuate to ensure their safety and to give Russian troops more maneuverability, Moscow offered to welcome the region’s residents with free accommodations.

Russia has characterized the movement of Ukrainians to Russia or Russian-controlled territory as voluntary, but in many cases they aren’t allowed to travel to Ukrainian-held territory, and reports have surfaced that some were forcibly deported to “filtration camps” with harsh conditions.

An Associated Press investigation found that Russian officials deported thousands of Ukrainian children – some orphaned, others living with foster families or in institutions – to be raised as Russian.

Ukrainian forces reported retaking 75 populated places in the north of the Kherson region in the last month, according to Ukraine‘s Ministry for Reintegration of Temporarily Occupied Territories. A similar campaign in eastern Ukraine resulted in most of the Kharkiv region returning to Ukrainian control, as well as parts of the Donetsk and Luhansk regions, the ministry said.

Konstantin, a Kherson resident who spoke to the AP only if his last name was withheld for safety reasons, said columns of military trucks had moved around the region’s capital and eventually left. Most government offices have reduced working hours, and schools have closed, he said.

“The city is now in suspense. Primarily the Russian military from the headquarters and the family of collaborators are leaving,” Konstantin said. “Everyone is discussing the imminent arrival of the Ukrainian military and preparing for it.”

Russian forces on Friday carried out missile strikes on Kharkiv, Ukraine‘s second-largest city, and in the Zaphorizhzhia region, home to Europe’s biggest nuclear power plant. The U.N.’s nuclear watchdog has repeatedly warned that fighting at or near the Russian-controlled Zaphorizhzhia Nuclear Power Plant could trigger a catastrophic release of radiation.

Putin has vowed to retaliate harshly if Ukraine or its allies strike Russian territory, including the annexed regions of Ukraine. Russia’s Belgorod region on the border with Ukraine came under attack for a second day Friday. According to the region’s governor, Vyacheslav Gladkov, the shelling damaged five houses in the village of Voznesenovka and a power line, leaving several nearby villages temporarily without electricity. No casualties or injuries were reported.

Ukrainian shelling blew up an ammunition depot in the Belgorod region on Thursday, killing and wounding an unspecified number of people, according to Russia’s Investigative Committee. Unconfirmed media reports said three Russian National Guard officers were killed and more than 10 were wounded.

Vowing to liberate all Russian-occupied areas, Gen. Valeriy Zaluzhny, the commander of Ukraine‘s armed forces, said in a video message Friday, “We have buried the myth of the invincibility of the Russian army.” 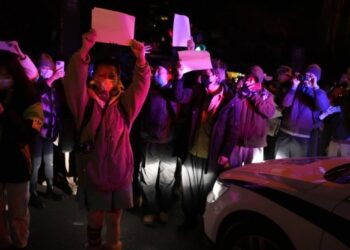 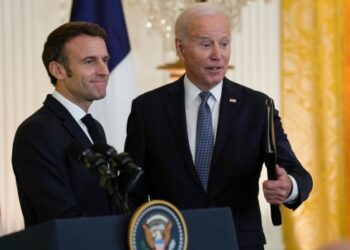 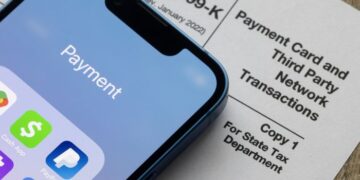 The Internal Revenue Service is reminding tax filers to prepare to report transactions of at least $600 that are made...

Musk warns Twitter’s survival is at stake as staff quits