by author
in Health
Reading Time: 4 mins read
0 0
A A
0
0
SHARES
13
VIEWS
Share on FacebookShare on TwitterLinkedinReddit

A class of drugs once widely used to treat type 2 diabetes are associated with a significantly reduced risk of developing dementia, according to new research led by the University of Arizona.

The long-term study published this week in the BMJ Open Diabetes Research & Care links the use of an older family of type 2 diabetes drugs called glitazones, also known as thiazolidinediones or TZDs, to a 22 percent lower risk of developing dementia.

“I would say for any appropriate patient, there is very little downside to the TZDs,” Dr. Caroline Messer, an endocrinologist at Lenox Hill Hospital in New York City, told Healthline.

According to researchers, because type 2 diabetes and dementia share some of the same physiological patterns, studies have been done to look at whether diabetes drugs might also help delay or treat dementia. However, the findings have, so far, been inconsistent.

To find out more, the University of Arizona researchers compared dementia risk in older people with type 2 diabetes who were treated with either sulfonylurea (a very old class of diabetes drugs) or TZD, to those treated with metformin, the most current diabetes drug, alone.

For this study, researchers analyzed the electronic health records of over 559,000 people diagnosed with type 2 diabetes from the national Veteran Affairs (VA) Health System, from January 2000 to December 2019.

Most of these patients were white, male, and over half were considered obese. All were living with type 2 diabetes.

Scientists compared the dementia risk of those aged 60 years or older who had been treated with either a glitazone or sulfonylurea, with those who had only received metformin from January 2001 to December 2017.

Their health was then observed for an average of nearly eight years.

Up to 57% reduced risk of dementia

Taking glitazone was linked to an 11% reduced risk of Alzheimer’s disease and a 57% lower risk of vascular dementia compared to those who only used metformin.

Findings also showed that after about one year of treatment, taking TZD alone was associated with a 22% lower risk of dementia from any cause, compared to treatment with only metformin.

“I do think, especially when patients are diagnosed with mild cognitive impairment, the precursor to Alzheimer’s, like 30% chance they’ll develop full on dementia, that kind of patient with type 2 diabetes, I think that we would immediately now reach for a TZD because a 22% decline is unprecedented,” said Messer.

Those younger than 75 benefited more

Researchers found that the risk of all-cause dementia was still 11% lower when using metformin and a TZD drug together; suggesting that supplementing sulfonylurea with metformin is another option.

This highlights the importance of early dementia prevention, researchers noted. The findings also indicate that these drugs appear to be more protective for patients who are overweight or obese.

According to Messer, one theory is that the blood-brain barrier becomes more porous because of vascular disease, potentially allowing for more infection, or viruses to cross into the brain, which in turn causes the changes seen with Alzheimer’s.

One reason that people don’t like using TZDs is that they can cause weight gain – but this gain is minimal and it’s “all water weight,” said Messer.

However, this class of drugs does have important benefits, especially as measured by the A1C test used to determine your three-month average blood sugar level.

“They [TZDs] don’t cause hypoglycemia, [and] the A1C reduction is significant,” she said.

She emphasized that even absent the cardiovascular benefits of this drug type, the reduced risk of dementia is significant enough to warrant using it.

This was an observational study

This was an observational study, which means it found TZDs were associated with reduced dementia risk – but can’t prove the drug caused this.

“Double-blind and placebo-controlled clinical trials are needed to see whether the drug could help lower dementia risk in people with and without diabetes,” Dr. James Connell, Head of Translational Science at Alzheimer’s Research UK, said in a statement.

He advised that anyone with questions about what treatments they are receiving should first speak to their doctor.

Messer said after a diabetes drug called Avandia (with the generic name rosiglitazone) was initially linked to increased heart attack, it led to the class of diabetes drugs being “dropped.”

“I think endocrinologists were wary of restarting the class [of drug],” she said.

Subsequent studies have shown mixed risk on Avandia and a potential link to heart issues.

Messer pointed out that endocrinologists were then faced with data on potential fracture risk and osteoporosis risk on other glitazones.

“And then eventually with pioglitazone [the risk of] bladder cancer,” she said. “It was one bad thing after another,” she added.

Messer insisted she still finds this drug class to be “incredible,” and appropriate for certain patients.

“Having said that, in my old practice, it’s [weight gain] all water weight and in a patient without heart failure, with normal bone density, not at high risk for bladder cancer, not a smoker, I still think they’re incredible,” she said. “I’ve always believed in the decreased cardiovascular risk and it should be high up in my toolbox.”

New research finds an older class of diabetes drugs is associated with a significantly reduced risk of dementia in older patients.

Experts say this may be due to cardiovascular effects that benefit brain health.

They also say that this was only an observational study and more stringent research will be needed to confirm these findings.

Does the Mediterranean Diet Really Decrease Your Risk of Dementia? 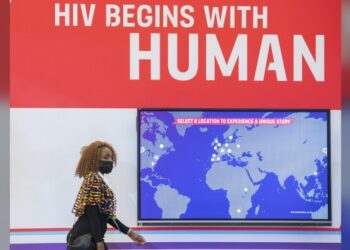 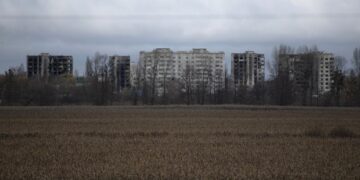 List of areas the Alberta government accuses Ottawa of overreaching