Millions of miles of pipelines and conduits across the United States make up an intricate network of waterways used for municipal, agricultural and industrial purposes.

In a new report, researchers at the U.S. Department of Energy’s Oak Ridge National Laboratory have found potential opportunities in all 50 states to efficiently utilize existing infrastructure to harvest this otherwise wasted energy.

In a first-of-its-kind analysis, ORNL estimates that conduit hydropower, which uses water from structures such as water supply pipelines and irrigation canals, has the potential to add 1.41 gigawatts of electricity to the country’s power grid—enough to power more than a million homes.

“You can think of conduit hydropower as low-hanging fruit, and what has been started is a mere drop in the bucket,” said Shih-Chieh Kao, water power program manager at ORNL. “For all its benefits, the biggest barrier is a general lack of awareness of conduit hydropower’s potential.”

Since conduit hydropower taps into existing infrastructure with minimal environmental impacts, the permitting process has been streamlined. Through the Hydropower Regulatory Efficiency Act of 2013 and its amendments in America’s Water Infrastructure Act of 2018, the federal regulatory approval process can be completed in 45 days. To date, more than 350 conduit hydropower projects have been permitted or constructed, with more to come.

For conduit hydropower to work, the water channel must have sufficient water flow and hydraulic head. Scientists analyzed this data as well as satellite imagery and topography to estimate the overall potential.

The potential for conduit hydropower was highest in five Western states—California, Colorado, Washington, Nebraska and Oregon—all of which have a large number of water conduits. Their hilly terrain also provides the greatest hydraulic head.

Agricultural conduits such as ditches and channels for crop irrigation showed the greatest potential for hydropower among the three business sectors assessed, amounting to nearly half of all conduit hydropower capacity. The highest agricultural conduit potential was seen in Colorado, Washington, Nebraska, California, Oregon and Idaho. Irrigation and topography were primary drivers for this assessment.

Researchers also assessed drinking water supply and wastewater systems in the municipal sector. Conduit hydropower potential here was highest in California, which had twice that of the next-highest state, New York. Colorado, Utah, Washington, Oregon and Pennsylvania also showed potential for capacity generation in this sector.

Opportunities for conduit hydropower from industrial conduits, such as industrial pipelines or canals used at thermoelectric generating facilities, were present mostly in California, Texas, Missouri, New York and Maryland. However, these facilities also pose the greatest uncertainty due to higher economic and regulatory requirements.

“These assessments open the door across multiple business sectors to what is possible,” said Kao. “By further understanding the costs and benefits of conduit hydropower, decision makers can leverage what is already available and deliver on the promise of more renewable energy.”

The ORNL research team will facilitate further discussion with key stakeholders in water supply and delivery to raise the awareness of conduit hydropower and to understand how the community may overcome this hurdle to develop more conduit hydropower projects.

Where to get the facts behind hydropower

Provided by
Oak Ridge National Laboratory
Citation:
Existing water infrastructure may hold key to generating more hydropower (2022, October 13)
retrieved 13 October 2022
from https://techxplore.com/news/2022-10-infrastructure-key-hydropower.html
This document is subject to copyright. Apart from any fair dealing for the purpose of private study or research, no
part may be reproduced without the written permission. The content is provided for information purposes only.
Tags: conduitshydropowerirrigation canalsirrigation systemssystematic analysis
Previous Post

Dwayne Johnson Says ‘Anything Can Happen’ In DC’s Future Universe, Talks Possibility Of A Marvel Crossover

Dwayne Johnson Says ‘Anything Can Happen’ In DC’s Future Universe, Talks Possibility Of A Marvel Crossover 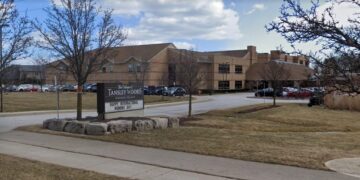 An innovative training program will see a Living Classroom built in a Burlington long-term care home for Mohawk College students.The...

‘Stranger Things’ Actor Finn Wolfhard Reveals He’s Had Panic Attacks While On Set, Explains Why He ‘Buried’ Those Feelings