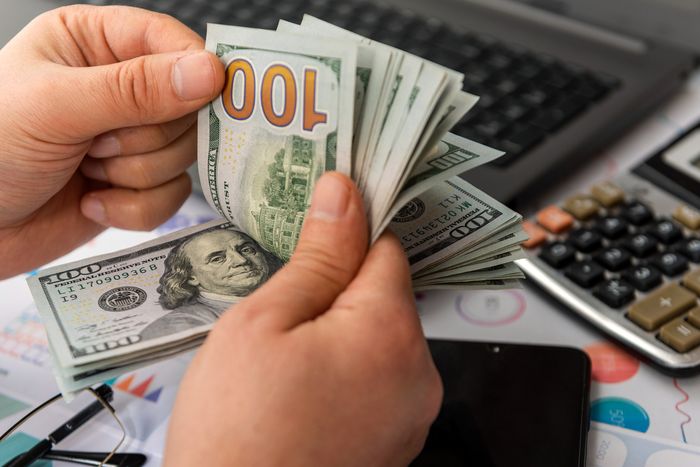 A combination of persistent inflation and sluggish growth worldwide, plus a U.S. central bank committed to hiking rates aggressively, has turned the greenback into the financial market’s most triumphant winner. The strong dollar is thrashing rival currencies in the process and wreaking havoc around the world. And because the Federal Reserve is not yet done with hiking rates, the dollar — which moves in tandem with where U.S. borrowing costs are likely to go, relative to the rest of the world — has more room to run.

The ICE U.S. Dollar Index
DXY,
-0.40%,
which measures the currency against a basket of six major rivals, is up almost 20% over the past 12 months and trading at its highest level since 2002, despite a 0.7% slip on Thursday that moderated this week’s gains. Its steep climb has captured just about everyone’s attention: More central banks, like Japan’s, are taking actions to bolster their own currencies. Meanwhile, an adviser to U.S. President Joe Biden dismissed the idea of a Plaza Accord-like intervention this week, as did a team at Morgan Stanley.

“Coordinated FX intervention is difficult in the modern era and we doubt it will occur soon. If it did, we doubt under current conditions that it would result in sustained dollar weakness,” according to a Thursday note from economists and strategists at Morgan Stanley.

Last week’s historic intervention by Japan to prop up the yen for the first time in decades is the main reason why talk of a major intervention on the dollar has picked up, even if the question of whether one will ever happen is still unsettled.

The Plaza Accord refers to the unprecedented, ambitious and far-reaching currency intervention agreement reached by officials from the U.S., Japan, West Germany, France and the U.K. who met at New York’s Plaza Hotel. The goal was to end an unruly rally in the value of the dollar against other major currencies over the first half of the 1980s. It worked, sending the greenback lower throughout the following decade, though not without the nations agreeing to adjust their own economies on a scale that seems almost unimaginable today.

“We forget that the discussions around currency coordination that led to the Plaza Accord arguably started in 1982, which would put the lead time for such an agreement at over three years,” the Morgan Stanley team wrote.

In addition, a weaker dollar would undermine the Federal Reserve’s objective of achieving lower inflation, the team of economists and strategists said, adding that “a weaker dollar is, on net, inflationary in the U.S. and deflationary abroad.” Even if an intervention did take place, it would likely be on the back of more volatile moves in financial markets, they said.

For now, the crowd of so-called “dollar vigilantes” — or foreign central banks pushing back against a strong dollar — is becoming larger as the dollar’s ascent tightens global financial conditions through currency volatility and a rise in dollar funding costs of emerging markets, according to Ben Emons, managing director of global macro strategy at Medley Global Advisors in New York. In the process, he said, it’s creating “cash kings on the sidelines,” with investors selling off stocks and bonds.

The People’s Bank of China, which issued a statement on Wednesday discouraging speculation in the falling yuan, is just the latest example of the “dollar vigilantes” to emerge, Emons said.

Like Morgan Stanley, Emons argued that a formal dollar intervention is unlikely, although another form of action could take its place: That would be “increased rhetoric by central banks about a strong dollar.”

Berkshire Hathaway Inc. Cl B stock outperforms market despite losses on the day

Johnson & Johnson stock outperforms market despite losses on the day

Johnson & Johnson stock outperforms market despite losses on the day