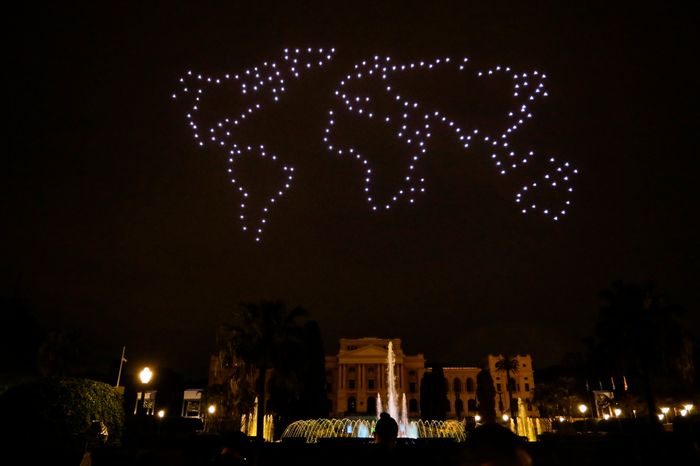 Looking another way, Nikolaos Panigirtzoglou, a London-based strategist at JP Morgan Chase & Co. characterized the 2.5 percentage point increase in the yield of the global aggregate index in the past nine months (see chart) as “the steepest and largest rise in the history of the Index,” in a recent research note. Bond prices and yields move in opposite directions.

The global aggregate bond index dates back to the early 1990s, and originally was known as the Lehman Brothers Global Aggregate Bond Total Return Index.

The scope of its move this year has been even larger than the surge in global yields that occurred in 1994, the same year that the Federal Reserve hiked the fed-funds rate by 75 basis points in a single shot in November of that year. This marked the last time the Fed raised rates by such a large margin after a single meeting before June of this year.

The Fed has since hiked rates by 75 basis points three times this year following its meetings in June, July and September.

Furthermore,it has been the worst selloff in the global bond market since at least the early 1980s, including Gennadiy Goldberg, a senior U.S. rates strategist with TD Securities.

“It’s difficult to compare directly, but this is already the fastest move in interest rates since at least 1981,” Goldberg said. Inflation and rapidly rising interest rates can spell disaster for bonds investors, since bonds that offer lower yields often decline in price.

Furthermore, the performance of the global aggregate index based on an “unhedged” basis, which doesn’t adjust for the strength of the dollar, makes the loss even more severe, said Panigirtzoglou, who leads a team of analysts specializing in cross-asset research.

Taken in purely dollar terms, the global aggregate bond index has unwound more than a decade of returns in the span of just nine months, he said,with the following chart showing the steep drop from above $500 billion.

The ICE U.S. Dollar Index
DXY,
-0.41%,
a gauge of the greenback’s strength against a basket of its main rivals, advanced to its highest level in 20 years this month, spurred by weakness in the euro
EURUSD,
+0.10%,
pound
GBPUSD,
+0.33%
and Japanese yen
USDJPY,
+0.02%,
among other currencies.

As the global bond rout intensified this week,the 10-year Treasury yield rose more than 5 basis points to 3.7594% on Wednesday. The yield briefly topped 4% earlier this week for the first time since 2008. The nearly 2.5 percentage-point increase in the 10-year yield
TMUBMUSD10Y,
3.785%
so far this year represents the biggest year-to-date increase since 1981, according to Dow Jones Market Data.

As a result of the chaos in markets, the Treasury yield curve has been inverted for months, with the 2-year yield
TMUBMUSD02Y,
4.208%
trading at 4.184% on Thursday, up 8.6 basis points on the day.

It also has prompted nervous investors to sit on a pile of cash. As a result, nonbank investors’ bondholdings have fallen to just 17% of their overall portfolio, the lowest level relative to their holdings of equities, cash and other positions, since 2008, according to JP Morgan data.

The selloff in bonds and equities since the start of the year has led Panigirtzoglou and his team to two key conclusions.

The first is that institutional investors are sitting on so much cash that it could help to buttress markets against further declines. This is a view that Panigirtzoglou and other JP Morgan analysts like Marko Kolanovic have touched upon in their research for months.

“A backdrop of high cash allocations provides in our opinion a backstop to both equities and bonds,” Panigirtzoglou said.

They also concluded that it might be difficult for equities to rally unless bonds rally as well — a view that is widely held by stock-market analysts, as rising Treasury yields have been blamed for exacerbating the selloff in stocks.

See: Why 2-year Treasury yields are ‘the base problem’ for the struggling stock market, according to this Morgan Stanley portfolio manager

Investors around the world have been keeping a close eye on global bond markets lately, particularly after the Bank of England was forced to intervene to suppress unprecedented volatility in its local sovereign-bond market that bled across borders and even rattled U.S. stocks.

Deutsche Bank analysts pointed out a few days ago that global bonds are now in their first bear market in 76 years, based on data going back to 1786.

See: Global bonds are in first bear market in 76 years based on two centuries of data, says Deutsche Bank

Car-related stocks take it on the chin, with declines of up to 25% in one day

Car-related stocks take it on the chin, with declines of up to 25% in one day 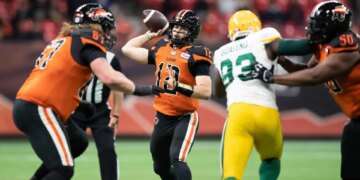 Oakville’s Rourke to start working out for NFL teams

Ontario’s notwithstanding clause use ‘dangerous’ and ‘draconian,’ labour experts say