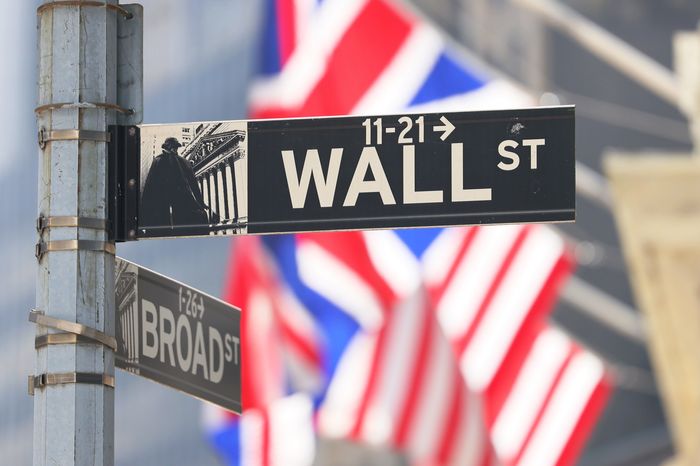 How stocks are trading

On Wednesday, the Dow Jones Industrial Average rose 549 points for its largest percentage-point increase since July, while the S&P 500 and Nasdaq saw their biggest gains in more than a month.

But the effects of the BoE’s announcement appeared short-lived as U.S. stocks turned lower again on Thursday amid a broader selloff in global equity markets. Treasurys also tumbled alongside European sovereign bonds, sending yields higher across the globe after U.S. sovereign bonds recorded their biggest one-day rally since the onset of the COVID-19 pandemic.

As a result, each of the S&P 500’s 11 sectors was down by at least 1%, with consumer discretionary and information-technology stocks seeing the biggest losses.

Apple Inc.
AAPL,
-4.32%
was blamed for helping to exacerbate the weakness in stocks, while also contributing heavily to the Nasdaq’s decline of more than 3%, as reports about iPhone production cuts continued to weigh on the megacap consumer-tech giant. Shares were down more than 4% in recent trade.

See: U.S. stocks surge without help from Apple for the first time in more than 2 years

In a note to clients, a team of fixed-income strategists at Barclays explained why the market impact of the Bank of England’s intervention was so short-lived.

While the bond-market intervention might stave off a crisis, it hasn’t changed anything in regards to the macro backdrop, and investors are instead being forced to price in expectations that a combination of monetary and fiscal stimulus could further stoke inflationary pressures.

“…[A]fter the first rounds of short-covering and squaring up of positions is over, we worry that markets will go back to fixating on one issue: large fiscal stimulus is now being accompanied by open-ended monetary stimulus for the next few weeks,” the team of Barclays macro strategists wrote.

As a result, borrowing costs are expected to continue rising as most of the world’s big central banks rush to combat inflation, which in turn diminishes demand for risk assets.

“The [dollar] still exhibits a strong, negative correlation to global equities because, in a world where monetary and fiscal policy are now at odds with each other, the value of collateral is being tested…the whole reason central banks are hiking rates is to tighten financial conditions, which implicitly means that the Fed is targeting a lower equity market,” said a team of Citi analysts led by Jamie Fahy.

Investor anxiety manifested in the CBOE Volatility Index, or the VIX,
VIX,
+7.02%,
a measure of expected S&P 500 volatility known as Wall Street’s fear gauge. The VIX, whose long-term average is around 20, was hovering near 31, having stood above 30 for much of this week.

In a note to clients on Thursday, Nicholas Colas, co-founder of DataTrek Research, said the VIX would likely need to hold above 30 until “at least Friday” to signal a “tradeable low.”

See: Wall Street’s ‘fear gauge’ might hold the key to the timing of the next market rebound. Here’s why.

On the economic data front, the latest update to second-quarter GDP figures confirmed that the U.S. economy shrank at an annualized clip of 0.6% during the second quarter.

However, a weekly report on U.S. jobless benefit claims revealed that the number of Americans initially applying for unemployment benefits fell by 16,000 to 193,000 in the week ended September 24, the lowest level since April.

The jobless claims data helped to weigh on stocks by emboldening the Fed to stick with its plans to continue raising interest rates.

“Current labor market conditions will likely keep the Fed on track to aggressively tighten monetary policy at the next meeting in November,” said Jeffrey Roach, Chief Economist for LPL Financial.

Cleveland Fed President Loretta Mester said during an interview on CNBC that the interest rates in the U.S. haven’t reached restrictive territory yet and that the Fed has yet to reach a point where it should consider pausing rate hikes.

Oakville native Nathan Rourke is being recognized by the Canadian Football League for his record-breaking season with the BC Lions.The...