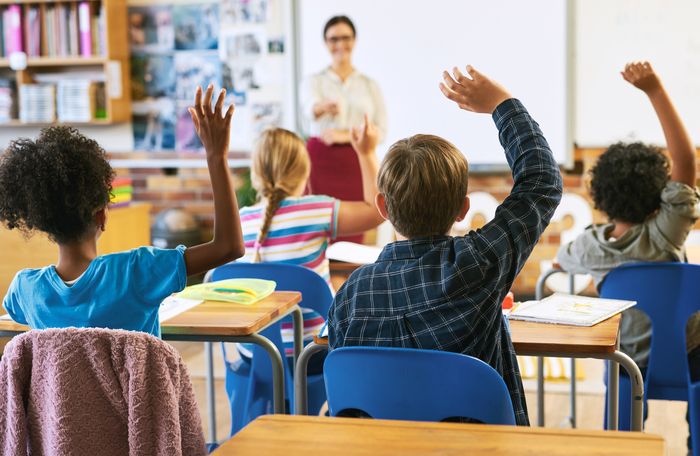 It’s hard to find a big money manager who isn’t worried out there, amid fears of the Fed “breaking something” as inflation soars and Europe’s energy crisis worsens.

With central banks — the BoE being a current exception — no longer providing liquidity support to markets, investors now need to be more nimble if they hope to preserve their capital, or even wring some alpha out of their portfolios.

That’s the message from Stock Traders Daily and portfolio manager at Equity Logic, Thomas H. Kee Jr., who in our call of the day says they must learn or relearn one vital skill to survive these turbulent times.

“Unfortunately, many in today’s market have completely forgotten how to manage risk, and over the past decade the FOMC has dissuaded Wall Street from being concerned about risk,” Kee said in a recent post, which he discussed with MarketWatch in an interview.

In short, some investors have mastered the art of not managing risk at all, said Kee. And managing risk has been a core part of his Stock Traders Daily strategies from the internet bubble’s peak through during a decade of stimulus. Since 2000, he notes, “some of the most opportune times have come during times of widespread fear in the market.”

At its heart, risk management “both reduces the temptations that come with greed, and the stress that comes with the fear cycles,” letting investing flow through economic and market upheaval, said Kee.

So how to not be at the mercy of markets and fear? For starters, forget about that buy and hold strategy, said the portfolio manager, who has long used a strategy of alternating between cash and the highly liquid SPDR S&P 500 ETF
SPY,
+1.97%.

He highlights his Stock of the Week strategy as an option for retail investors, who can be more nimble than the bigger institutions that have too much money to move around.

“The approach is to trade one stock every week, according to a trading plan that is designed to go with the expected flow of the market in the week ahead. The correlation factor is important, but the risk controls involved in the trading plans are traditional. They are normal stop losses, but what is not normal is that this strategy also ends every week in cash,” explains Kee.

That means investors can take a “nap” from market exposure over the weekend, as the strategy objective is to trade one stock every week, and end every week in
cash.

And using turbulent environments to an investor’s advantage has also worked for him when it comes to one cornerstone stock. Kee bought Apple
AAPL,
-1.27%
in May, then sold it in near the highs in mid-August along with Invesco QQQ
QQQ,
+1.99%,
an exchange-traded fund (ETF) that tracks the Nasdaq-100 Index, in mid-August.

He has been back buying Apple, which had a rough day on Wednesday amid reports of slowing demand for its newest models.

He says investors need to look for stocks that can “withstand good and bad times,” he said. “Apple is a bellwether and you don’t want to mess with lower quality stocks in conditions like this,” he said, adding that because of its quality, the stock can be held for a month or two.

Read: Apple and Tesla are the ‘last bastions of hope’ for retail investors, say these analysts

Watch the yuan
USDCNY,
-1.01%
as China state banks have reportedly been told to stock up on the currency for intervention.

Trapped in their homes and 2 million without power. The digging out from one of the strongest hurricanes to ever hit the U.S. begins in Florida.

Weekly jobless claims and a revision to second-quarter GDP are due ahead of the markets open. We’ll also hear from St. Louis Fed President James Bullard and San Francisco Pres. Mary Daly.

CarMax stock
KMX,
+6.49%
is sinking after a bigger-than-expected profit miss, as customer “affordability challenges” caused a sharp sales drop. And Rite Aid
RAD,
+7.16%
is slumping after the drugstore chain forecast a bigger loss for the year.

edged higher in its trading debut, after pricing its IPO at the top end of the range.

No apologies. In her first comments since the U.K. government’s tax-cut plans sparked market upheaval, Prime Minister Liz Truss has been playing defense. Alarmed U.S. and IMF officials have reportedly been putting pressure on her government.

Best of the web

As a fourth Nord Stream leak is discovered, here’s what scientists are saying about the environment impact

From the “how bad is it” department…

These were the top-searched tickers on MarketWatch as of 6 a.m. Eastern:

President Joe Biden accidentally called out for a dead Congresswoman

Dogs can smell your stress

Need to Know starts early and is updated until the opening bell, but sign up here to get it delivered once to your email box. The emailed version will be sent out at about 7:30 a.m. Eastern. 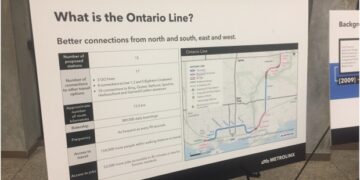 The cost of building the Ontario Line has nearly doubled from initial estimates and could end up coming in at...

More foul weather heading to B.C. as province cleans up from 1st storm

North Saanich going ahead with Halloween bonfire after recent rains