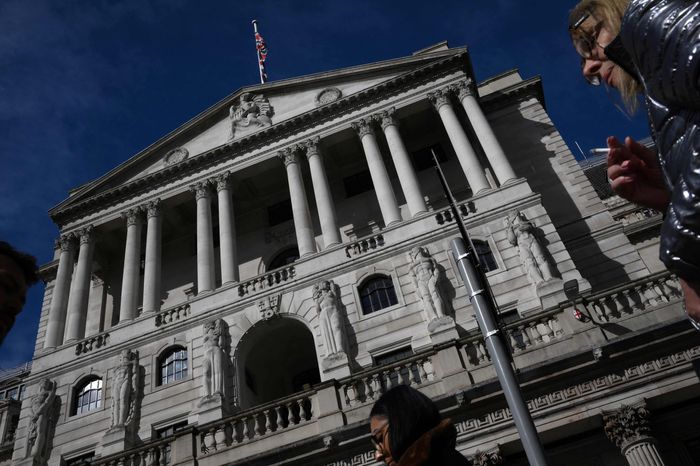 Yields on 3- through 7-year Treasurys dropped by as much as 30 basis points each as bond buyers jumped back in and traders pulled back on expectations for further Fed rate hikes in November and into 2023. All three major U.S. stock indexes
DJIA,
+1.88%

COMP,
+2.05%
shook off an uneven start and headed higher in Wednesday’s afternoon trading, led by an almost 600-point jump in Dow industrials.

“We’ve had a rough road over the past couple of weeks and the market has beenlooking for a bit of hope, but I think that hope is a bit misplaced,” said Rob Daly, director of fixed income at Glenmede Investment Management in Philadelphia. “The U.K. is very idiosyncratic in what it’s doing, with a divergence between the Bank of England and its government. In the U.S., I don’t think it changes anything and we continue on the rate-hiking path for now.”

Wednesday’s emergency intervention by the Bank of England came in response to what Rabobank’s Richard McGuire described as “crisis-style moves” in the U.K. bond market, where rates started to skyrocket last Friday on worries that the British government’s new tax-cutting budget could put the country’s finances on an unsustainable path. Adverse market reaction to the budget plan also sent the British pound to a record low against the dollar on Monday.

The Bank of England’s action created some confusion over why policy makers would be buying government bonds and trying to ease conditions, not long after announcing a plan to sell them and just two days after Gov. Andrew Bailey said they “will not hesitate to raise rates.”

The move in gilts has been “unprecedented and smacks of the sharp jumps in the European debt crisis” a decade ago, said McGuire, Rabobank’s London-based head of rates strategy. “There’s speculation that while the U.K. may be an extreme case, other jurisdictions might opt to operate with easier policy in response to their own cost-of-living crises.” With the exception of the Bank of Japan, all central banks are “in the process of committing a policy error of some sort.”

Read: Bank of England sets out which bonds it will be buying after extraordinary U-turn

“The upshot in the U.K. is that investors are struggling to understand what’s happening with U.K. fiscal policy pushing in one direction and central bank pushing in another,” McGuire said via phone on Wednesday. He described the current environment as the “U.K.’s emerging-market moment,” or a time when a developed economy is looking and feeling more like a less developed one.

See: Here are two reasons the Bank of England had to step in and buy bonds

The pivot by the Bank of England, which is hiking rates at the same time as it’s now buying government bonds or engaging in quantitative easing, is designed to essentially save insurers from default, said trader Tom di Galoma at Seaport Global Holdings in Greenwich, Conn. Meanwhile, “the Treasury market sees the pivot in the U.K. and a possible pivot by the European Central Bank as starting to add up to a possible pivot in the U.S., where markets are getting a bit overdone.”

Indeed, as of Wednesday, fed-funds futures traders saw a 59% likelihood of another 75 basis point rate hike by the Fed on Nov. 2, down from 70% a week ago. They also backed off their expectations for how much further rates could go above 4.5% to 4.75% rates in 2023, according to the CME FedWatch Tool.

In di Galoma’s mind, there’s a possibility that the Fed’s Nov. 2 rate hike “might be the last one, based on the fact that there’s tremendous illiquidity in the marketplace.”

“There’s a very real possibility of a pivot before year-end, or the perception of one by year-end,” he said via phone. “I’m worried that the Fed is raising rates too quickly and global markets can’t seem to digest it. All this has done is prop up the dollar
DXY,
-1.22%
and caused a lot of dislocation in global currencies. The fact is that they might have to back off a bit to give markets a bit of a break, and we’re seeing that in the reaction of stocks today.”

Check out: Did something break? What stock-market investors need to know about U.K. financial chaos