Did something break? What stock-market investors need to know about mounting global financial stresses 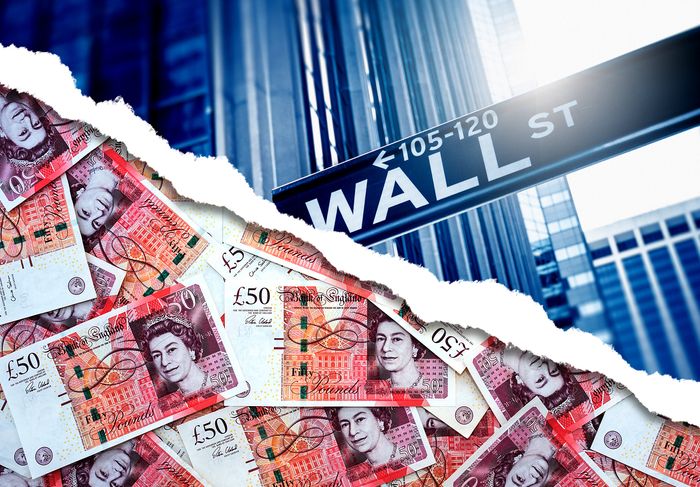 “I don’t think you can read into the Bank of England actions in the gilt market and draw conclusions about the Federal Reserve and the U.S. bond market,” said Michael Antonelli, market strategist at Baird, in a phone interview.

In a stunning reversal, the Bank of England on Wednesday announced it would buy U.K. government bonds, or gilts, with long maturities at “whatever scale is necessary” to arrest a surge in yields that followed the U.K. government’s announcement last week of a deficit-boosting raft of tax cuts and energy aid.

Read: Here are two reasons the Bank of England had to step in and buy bonds

The BOE had been planning to sell bonds it had accumulated on its balance sheet as part of its quantitative easing program. Soaring bond yields had been accompanied by a sharp selloff in the British pound
GBPUSD,
+1.34%,
which on Monday traded at an all-time low versus the U.S. dollar. The moves were alarming, as rising yields typically support developed market currencies, stirring fears of a financial crisis that could have collateral damage on global markets and the economy.

The BOE’s about-face, meanwhile, meant the central bank had to effectively loosen monetary policy, putting its responsibility for maintaining financial stability at odds with its inflation-fighting mandate.

The moves translated into a pullback for U.S. Treasury yields, which have soared in recent weeks, while the rates market showed traders scaled back expectations somewhat around how aggressive the Fed will be in raising rates.

A run-up in short-term rates in anticipation of aggressive Fed tightening have contributed to a selloff in equities. Higher yields make Treasurys more attractive to investors relative to equities and other assets perceived as risky.

See: Why 2-year Treasury yields are ‘the base problem’ for the struggling stock market

Expectations that something will break are rooted in financial history. Past rate-hike cycles have often led to stresses in the financial system, giving way to crisis.

“Usually in tightening cycles something blows up,” Christopher Smart, chief global strategist at Barings and head of the Barings Investment Institute, told MarketWatch.

Losing investments forced Orange County, California, into bankruptcy in 1994, jolting the bond market, the same year aggressive interest rate increases by the Fed contributed to Mexico’s peso crisis. The 2008 collapse of Lehman Brothers pushed the global financial system to the brink of collapse.

So far, no major snags have emerged.

“Are we waiting for that ‘something that nobody knows what it is’ to break, or are we already there? What has broken already?”

Parts of the equity market, such as growth stocks, already look “broken,” said Thomas Martin, senior portfolio manager at Globalt in Atlanta, in a phone interview. noting the stocks of some former highfliers falling 60% or more from their 52-week highs.

“But has the system broken? Has liquidity seized up to the point where it snowballs? No, we haven’t seen that,” Martin said. “But are we seeing liquidity struggles, yes.”

A surging U.S. dollar remains a major source of worry. The pound’s plunge earlier this week contributed to a further rise by the closely followed ICE U.S. Dollar Index
DXY,
-1.20%,
a measure of the currency against a basket of six major rivals, to a 20-year high.

The scope and speed of the dollar’s rally has stirred fears of market dislocations and stresses in emerging and developing economies that carry a high proportion of dollar-denominated debt. The dollar’s gains are also viewed as a negative for U.S. large-cap multinationals who rely on international sales.

Also see: Why an epic U.S. dollar rally could be a ‘wrecking ball’ for financial markets

“Stocks completed the round-trip voyage back to their June lows last week and European stocks entered a bear market. As equities rallied from mid-June to mid-August this year, the currency market was skeptical as dollar strength continued,” Kleintop told MarketWatch in an email.

“It’s difficult to imagine a durable rebound in global equities without the dollar at least stabilizing,” he said. “That may take a weakening labor market to bring down the rental rates that are driving inflation.”

Check out: A surging U.S. dollar is creating an ‘untenable situation’ for the stock market, warns Morgan Stanley’s Wilson

Baird’s Antonelli argued that the U.S. housing market was the most likely candidate for the sort of breakdown that could ultimately give the Fed pause. A rise in mortgage rates above 7% is rattling the housing market, a further rise that sees rates topping 8% or 9% could create economic ructions that policy makers would find hard to ignore, he said.

“That would pop on their radar in a very bright way if they started to hear from regional Fed surveys that the housing market is at a complete standstill,” he said, given the sector’s crucial role in the U.S. economy. 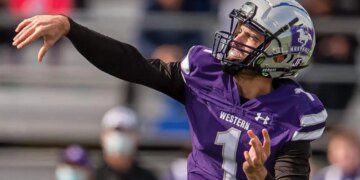 Hamiltonians Evan Hillock and Savaughn Magnaye-Jones, who shone in the high school ranks at St. Thomas More before becoming the...

Could a Grayscale Bitcoin Trust collapse be the next black swan event? Watch The Market Report