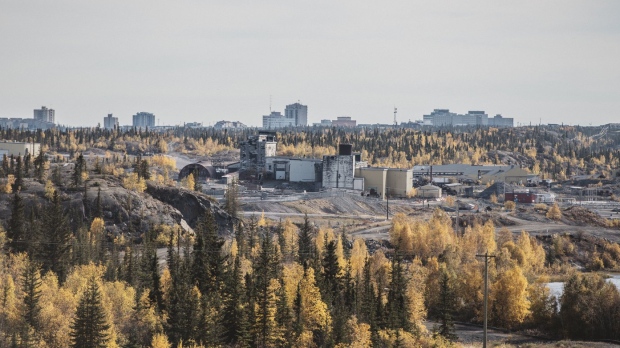 Just outside this northern capital, on a small hill within eyeshot of its skyline, sit 365 sea cans sealed off behind a high wire fence, the surrounding roads regularly watered to settle dust.

The cans contain remains of an old roaster building from the notorious Giant Mine, its every beam and timber steeped in poison from more than a half-century of separating gold from the arsenic that held it.

“It was one of the most contaminated buildings in Canada,” said Natalie Plato, deputy director of the Giant Mine Remediation Project.

She’s in charge of spending some $1 billion of taxpayers’ money on one of the largest cleanups the country has ever undertaken. It includes a plan to freeze 237,000 tonnes of arsenic trioxide in underground chambers where they now sit. That toxic Popsicle just off the shores of Great Slave Lake will sit there forever — or until someone has a better idea.

The sea cans are one of many signs that work is underway, seven years after the remediation plan was approved.

But the site’s future, if it has one, remains in doubt. Local residents and the First Nations to whom the land originally belonged don’t know how they’ll live in perpetuity beside a mess that’s too big to clean up.

Fred Sangris, chief of the Yellowknives Dene, said his people increasingly refer to the mine as an underground monster that has killed the land where they used to hunt, fish and pick berries.

“That whole piece of land is lost. It’s dead. It is sad.”

The Giant Mine operated from 1948 to 2005 and was one of the reasons the city developed in the first place.

For decades, it helped drive the local economy. Many northerners have fond memories of mine-sponsored hockey teams and other contributions to Yellowknife life.

But in 1992, it became the site of a bitter strike that culminated in the murders of nine strikebreaking miners in an underground explosion. Divisions left by the strike remain.

The mine produced a total of 220 tonnes of gold — enough for a wall two metres high, a metre wide and six metres long — by the time its final owner, Royal Oak Mines, went bankrupt and bequeathed the site to Canadian taxpayers.

Left behind were 900 hectares with 100 buildings, including a small townsite. Many of the structures are full of asbestos. There are eight open pits and six tailings ponds. Everywhere you look are house-sized piles of rusting pipe, derelict machinery and assorted junk.

Much of the land has been left unstable by subterranean chambers.

But the biggest problem is the arsenic, which was released as gold was separated from ore.

An estimated 13.5 tonnes of arsenic-contaminated soil remains on the surface. The astounding tonnage underground — enough to kill every Canadian several times over — was simply blown back almost 100 metres deep into 13 mined-out chambers, some big enough to swallow an 11-storey building.

There it sits — huge piles of it, not even sealed in barrels or lined pits.

The arsenic is highly soluble. On its own, it would likely leach into groundwater and enter the bordering Great Slave Lake.

Years of study and debate ended in 2014 with the conclusion that it was too dangerous, difficult and expensive to remove the arsenic. Instead, it is to be protected by 858 thermosiphons keeping the rock at a steady -5 C and freezing in place any water moving through the area.

Water currently seeping into the mine below the frozen block will be pumped out, treated to drinking-water quality, then released.

Nobody is that happy about it.

“How long is forever?” asked Sangris, who wanted the arsenic removed and disposed of at a waste disposal site in Alberta.

“It’s a Band-Aid solution. It’s not a real solution.

“Canada put this dangerous plant on our doorstep and we’re not comfortable with it. They want to put it to rest the cheapest way possible.”

The Yellowknives are negotiating with Ottawa over a compensation package for loss of use of the land as well as apology for how it was taken from them in the first place.

Alty said the mine’s old townsite might be made safe enough for housing development. The rest might be used as an industrial park, a campground or a public recreation area.

“The old townsite, yes. The rest of it, not likely. What can you put on that land?”

Plato is cautious about promises. She said the project has committed to restoring the old townsite to residential standards and the rest to industrial criteria.

There will be exceptions. Areas where thermosiphons sink into the arsenic chambers will remain fenced and off limits. Development will be restricted over the old underground pits.

“You wouldn’t build a skyscraper on a pit. There will be some limitations.”

For now, northerners just want to ensure they get the jobs.

Federal officials say about $648 million in contracts have already been issued, with $313 million of that going to Indigenous companies.

About 80 people are now on the site. When the work peaks in 2031, about 260 full-time equivalent jobs — mostly heavy equipment operators — are expected to be created.

Kevin O’Reilly, a territorial legislature member, was long active on the Giant Mine file as an environmentalist before entering politics. He said the North needs training programs to prepare locals to do more than run bulldozers.

“People here should be senior managers,” he said.

“People are starting to talk about a remediation economy. We may be able to offer some of the experience we’ve gained here to other parts of the world.”

The remediation will last as long as the life of many mines. It is expected to take until 2038, seven years longer than first estimated.

The budget is likely to be similarly extended. The last estimate, just shy of $1 billion, is seven years old and was made before the timeline was stretched. Taxpayers won’t learn how much cleaning up the mess will now cost them until Oct. 27, when new estimates go to the Treasury Board.

O’Reilly worries that over time, people will forget about the hazards and grow inured to their risks.

“What do you do to communicate to future generations what’s there?” he asked. “We’ve got to find a way to remember what happened.”

Meanwhile, Giant will continue to haunt the North. It helped shape the city that Yellowknife has become and its ultimate fate will be a powerful force in its future.

By then, those 365 sea cans will be moved and dumped into one of the underground chambers. They will sit atop the mighty dunes of arsenic dust, frozen in time and memory until who knows when.

This report by The Canadian Press was first published Sept. 28, 2022.

Next Bitcoin bull run to be half story, half utility: Mike Novogratz at Token2049 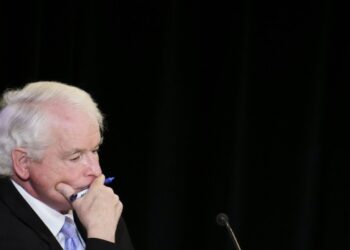 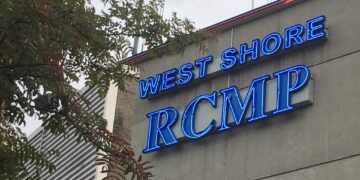 Mounties have arrested a 14-year-old boy who allegedly brandished a knife and threatened to kill several people on a transit...

Santa Claus parade returns to the streets of Toronto on Sunday