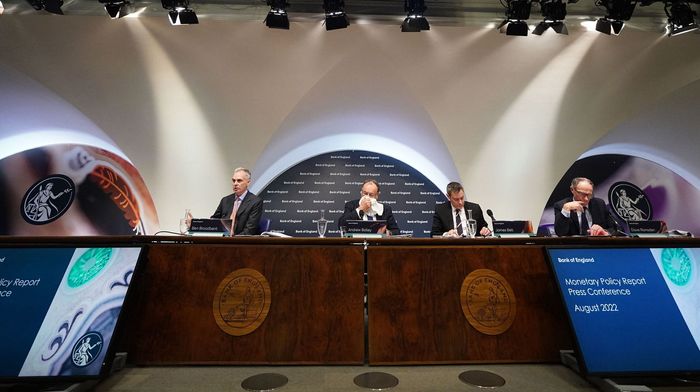 Behind the recent mayhem in bond markets is the expectation of further interest-rate hikes by many central banks to curb inflation — prompting investors to aggressively sell off government debt and push yields higher. On Wednesday, however, selling eased as buyers returned after the Bank of England took emergency action to curb a crisis in its government-bond market — by pledging to buy long-dated securities at “whatever scale is necessary.”

“Clearly, the U.K. bond market was getting disorderly and you don’t do limited quantitative easing — when inflation is running as high as it is — unless something is in the process of breaking. To me, it’s the U.K. bond market that is one of the things that’s breaking,” said Mark Heppenstall, chief investment officer of Penn Mutual Asset Management, which manages more than $31 billion from Horsham, Pa.

On Wednesday, the yield on the 10-year gilt BX:TMBMKGB-10Y, or U.K. counterpart to Treasurys, plunged 44 basis points to 4.072% after the BoE’s intervention. U.S. Treasury yields also fell across the board, with the 10-year rate pulling back to 3.78%.

U.K. bond yields plunge after Bank of England steps in to buy at ‘whatever scale is necessary’

U.K. bond yields plunge after Bank of England steps in to buy at ‘whatever scale is necessary’