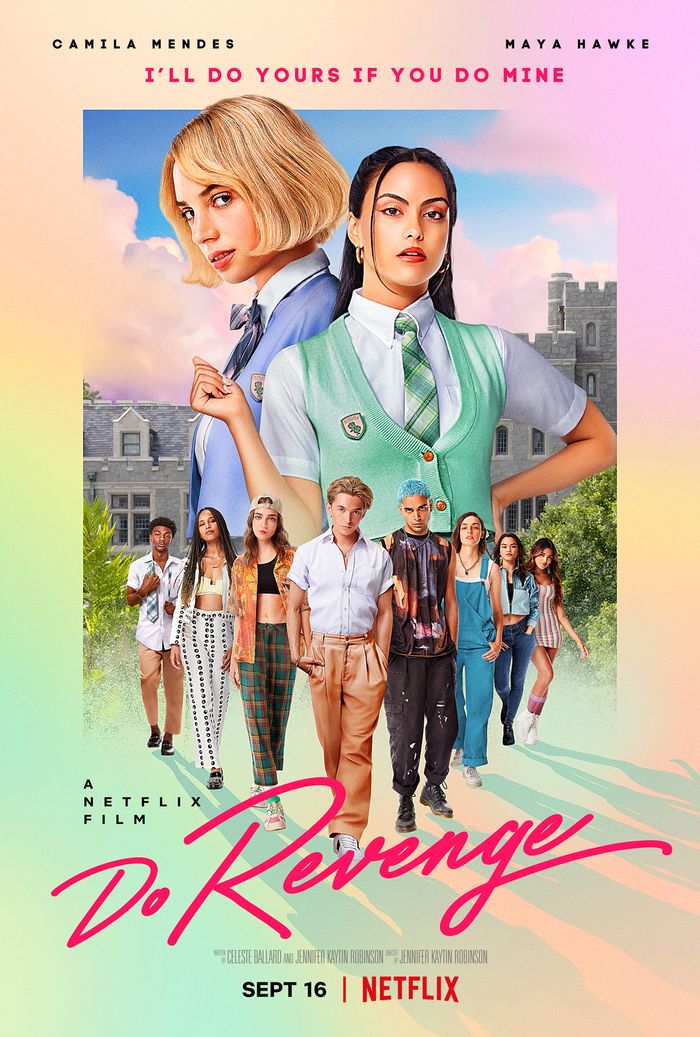 Originally scheduled to film on the West Coast, Do Revenge moved production to Atlanta in order to accommodate Hawke (who plays Eleanor), as she was working simultaneously on the fourth season of Stranger Things. “The film was originally set in Santa Barbara, but when we moved production, we changed the setting to Miami, as it was a better visual match,” explains Robinson, who is a Miami prep-school graduate. “It was a happy accident, but I think setting the film in Miami allowed us to create a look that doesn’t exist in the teen canon yet, which was extremely exciting.”

In addition to the truly delightful pastel school uniforms, this location switch prompted Morshead and her team to explore Atlanta’s many beauty-supply stores, where they found tons of socks, jewelry, headbands, and belts. This proved essential to both Drea and Eleanor. After the requisite makeover scene, Eleanor sports a distinctly retro, ’70s-inspired style that includes bucket hats and dangly earrings.

Whether exploring fashion or farce, the details are of utmost importance, and the world building in Do Revenge is truly remarkable when you consider the incredible costumes, perfectly placed needle drops, clever casting, and terrific twists. “I wanted the film to stand on its own and find its unique place in the canon,” Robinson shares. “And I do think we achieved that.”

Of course, there are also easter eggs abound—we see you, pink, fluffy Cher pen—but you’ll have to watch it yourself to see how sweet Revenge can truly be.

Do Revenge is now streaming on Netflix. 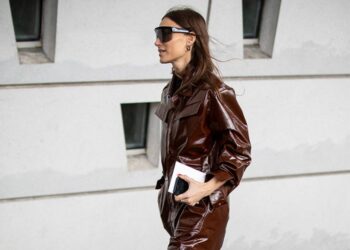 How to Clean Patent Leather in a Few Easy Steps 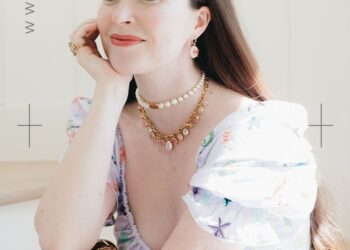 Credit: CC0 Public Domain After Dyani Chapman's refrigerator broke, her landlord replaced it with a new one, a cheaper route...

Ho, ho… no? No Santa Claus Parade in St Catharines this year

Is the digital dollar coming soon?