.These natural wonders in Canada were lost to Fiona. 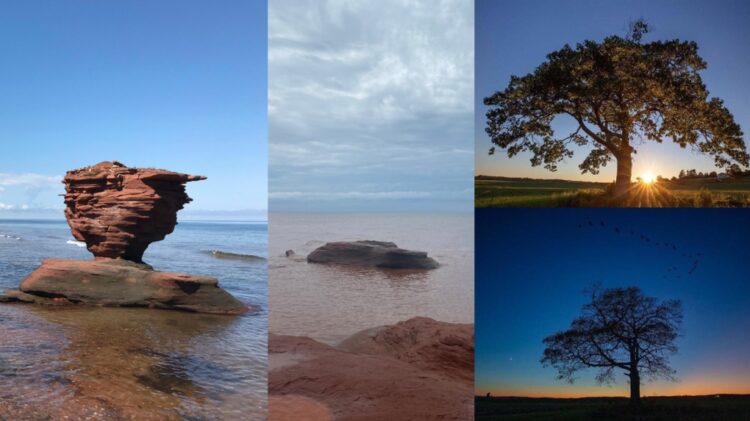 An iconic sandstone rock formation in P.E.I and a striking solitary tree in Nova Scotia are among the natural landmarks destroyed by post-tropical storm Fiona.

Both destinations for photographers, the Teacup Rock and the Shubenacadie Tree are being mourned by residents and tourists alike as Atlantic Canada slowly takes stock of everything stripped from them in the storm.

Teacup Rock was a teetering tower of sandstone hidden away in Thunder Cove Beach on Prince Edward Island. Once connected to the other sandstone cliffs around it, it had since been eroded away by the water into a teacup shape, tapering to a thin base.

But now, one of the most photographed locations in the province is gone: photos taken since the storm show that Teacup Rock was washed away in the storm, with only the flat rock it stood on remaining.

In the wake of the news that the rock was gone, numerous people took to social media to share vacation photos of them with the iconic rock, expressing their sadness that it was now gone.

Marg Chisholm-Ramsay was one of those who walked down to the water to snap a photo of where the rock used to stand.

“I’ve seen many great things in my travels, the Great Wall of China, Giza Pyramids, and the Lion of Lucine in Switzerland, but to me the Thunder Cove teacup was more Magnificent because she formed herself from nature,” she wrote in a Facebook post.

“The Teacup has seen baby announcements, gender reveals, family pictures, marriage proposals and even had ashes spread nearby her. She was there for significant life events for anyone that wanted her.”

Welcome PEI, a tourism website for the province, still included directions for how to find Teacup Rock as of Monday evening. There, they noted how fragile the rock was, stating that it was made of sandstone while imploring tourists to “avoid climbing on or near the Teacup.”

An iconic tree in Nova Scotia that was often sought out for photographs was also struck down in the storm.

On Saturday morning, when photographer Len Wagg’s wife told him she’d heard the tree was gone, he thought at first that she meant a tree in the backyard.

“She said, ‘No, The Tree.’ Everybody kind of knows what the tree is,” he told CTVNews.ca in a phone interview.

Wagg stopped by the tree while out taking photos to see if the rumours were true.

“Unfortunately, it didn’t survive,” he said.

The Shubenacadie Tree, nicknamed for the nearby village, was estimated to have been around 300 year old. Standing alone in a field, it provided a striking image for photographers, tourists and locals.

“It was a magnificent red oak tree, and, you know, it’s been around for a long time, it’s hundreds of years old,” Wagg said.

He shared the news on social media, accompanied by photos of the tree in each season, and his post was flooded with people sharing their fond memories of the tree.

Nooooooooooooooo. Damn you Fiona.
Our favourite tree in the province is gone. It was estimated to be 300 years old. #fiona #storm #halifaxnoise #tree pic.twitter.com/Nn3pn8xrK3

“Everybody sees this tree as as kind of a touchstone,” Wagg said. “A lot of them said when they see that tree, it’s either at the start or the end of a road trip, or they see the tree as home.

It wasn’t an officially recognized landmark and stood on private property, but Wagg said that its position at the side of a major highway in Nova Scotia meant it was hugely recognizable.

“It’s lived a long great life and has made many, many people happy,” he said, adding that people have gotten married under the tree and taken birthday photos under it.

“All great things come to an end.”

While he’s mourning the tree he drove by at least once a week for the past two decades, Wagg stressed that he didn’t want to minimize the pain and suffering of those who lost their homes in the storm, saying that they are dealing with the real tragedy.

“It was like one tree out of the hundreds of thousands of trees that have come down in the last weekend,” he said.

“People are going through some pretty rough times here. But for some reason that tree, people could identify with it and a lot of people really feel bad about what ultimately happened to it,” he said.

Fiona devastated Atlantic Canada, sweeping houses away into the ocean and causing at least two deaths. The destruction to the natural landscape is only just starting to be tallied.

Chris Houser, a professor who was performing coastal research with the University of Windsor, tweeted a video Sunday comparing photos of the sand dunes in P.E.I before the after the storm.

The photos show what he calls “devastating beach and dune erosion,” with dunes sharply sheared off and several metres farther away from the edge of the beach than before.

Our #coastsnap stations in #PEI captured some devastating beach and dune erosion from #HurricaneFiona . Shoreline change and volume losses from these and our other #coastie sites in Atlantic Canada coming soon. @DocHarleyMD @ScienceUWindsor @UWinResearch @CZCAssociation pic.twitter.com/qw5KvFUleD 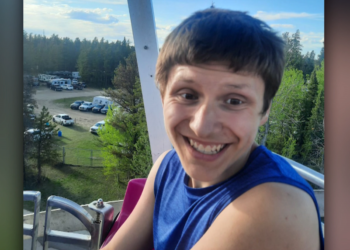 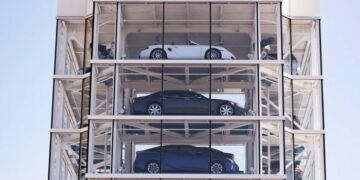 Interest-rate hikes from the Federal Reserve are raising average monthly car payments despite falling prices for used cars, according to...

Bitcoin will survive failure of ‘any giant’ in crypto, Samson Mow says