Does the solution to Toronto’s ever-worsening affordable housing crisis lie in dividing up old mansions into units, to then rent them out individually, chunk by chunk, one historic home at a time?

Maybe. Well, probably not. But it’s something that’s been happening in Canada’s largest city for decades, and with good reason — few people these days need separate quarters for their live-in cooks, maids and chimney sweeps… or whatever people did back then.

Anecdotally, most of the homes I’ve visited in South Parkdale or The Annex had been split into at least three apartments long ago — one per floor, sometimes with an extra unit on top inside a lofty gabled roof.

It wasn’t until recently, however, that realtors started advertising investment opportunities in the form of big-azz houses, pre-partitioned into many tiny units, for would-be landlords en masse.

Somewhere between an apartment and a rooming house, these listings read more like hostels than proper purpose-built rental buildings — I’m talking three or four units per floor, all of them costing as much to live in as a regular Toronto apartment.

Some are atrocious and some, like this $5,395,000, 15-unit detached Victorian home in The Annex, are impressively modified. 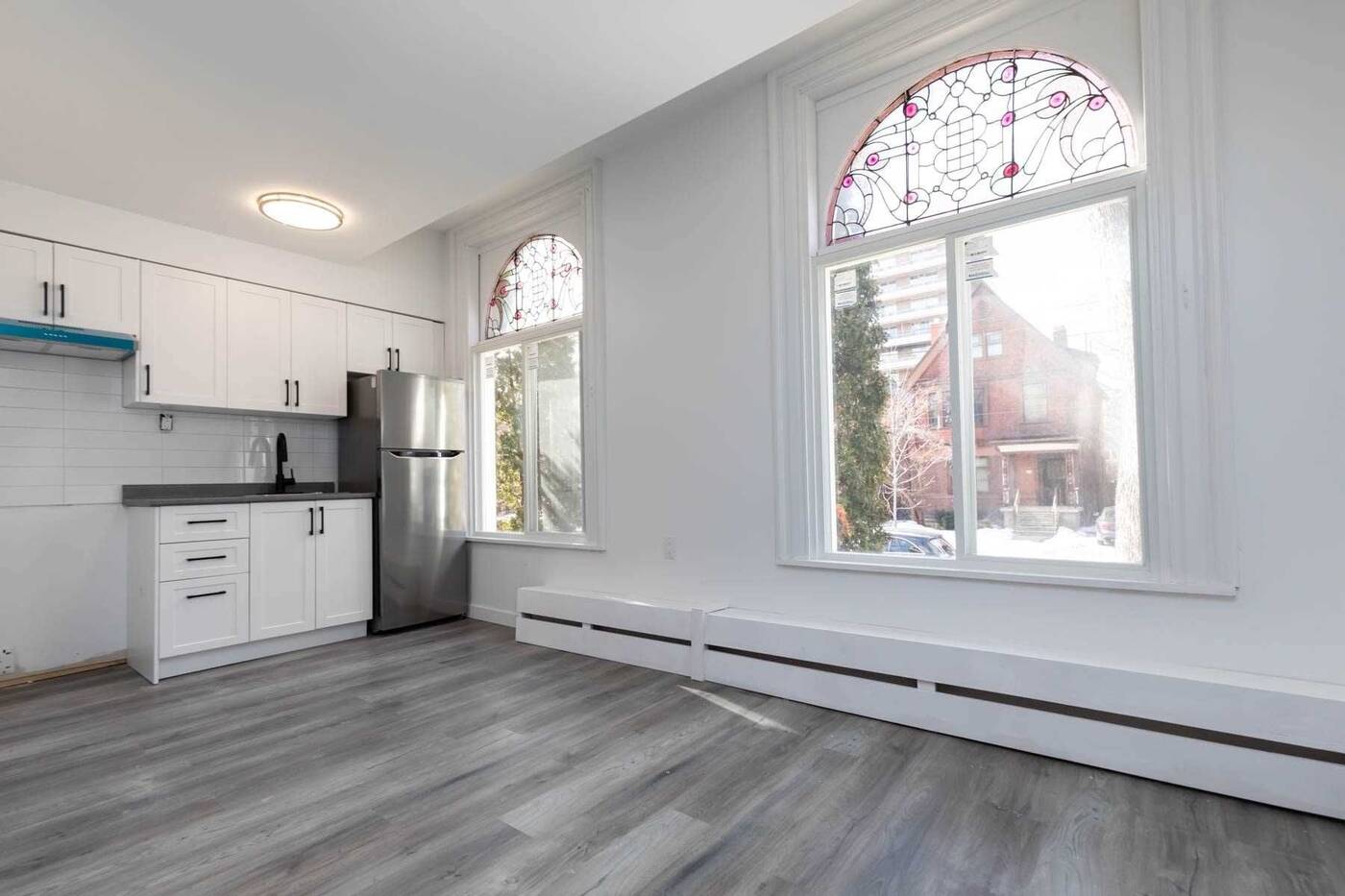 The property in question, 55 Madison Ave., sits on a 50-by-126 foot lot on beautiful Madison Avenue, just east of Spadina and north of Bloor.

A real estate listing calls it “The Grand Old Lady” while also billing it as a “15 suite investment property.” 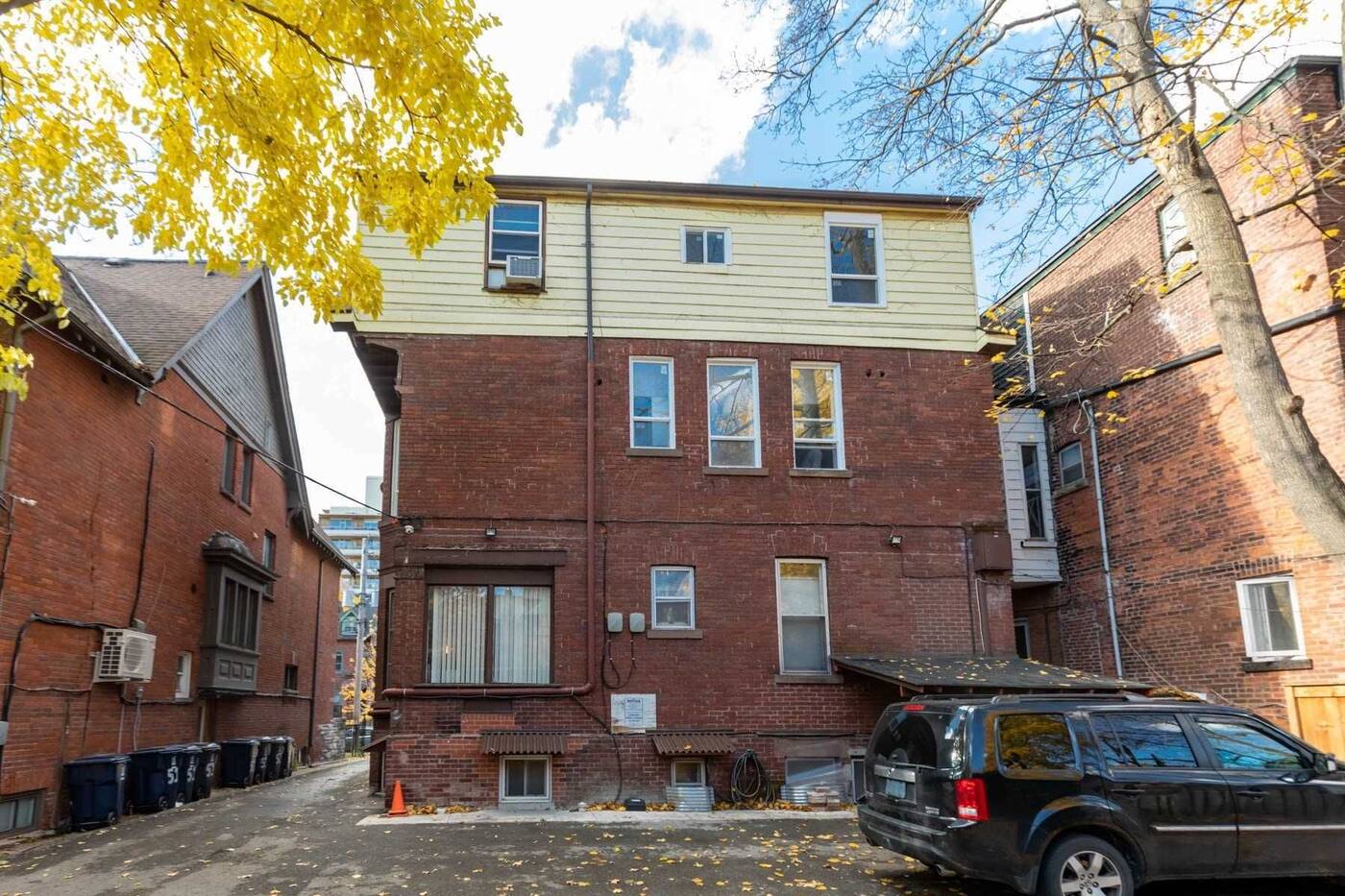 “Prime Madison Avenue location, Bloor and Spadina Area, recent renovations,” reads the listing, which also boasts of a private driveway — something worth a pretty penny in and of itself with eight spots total. 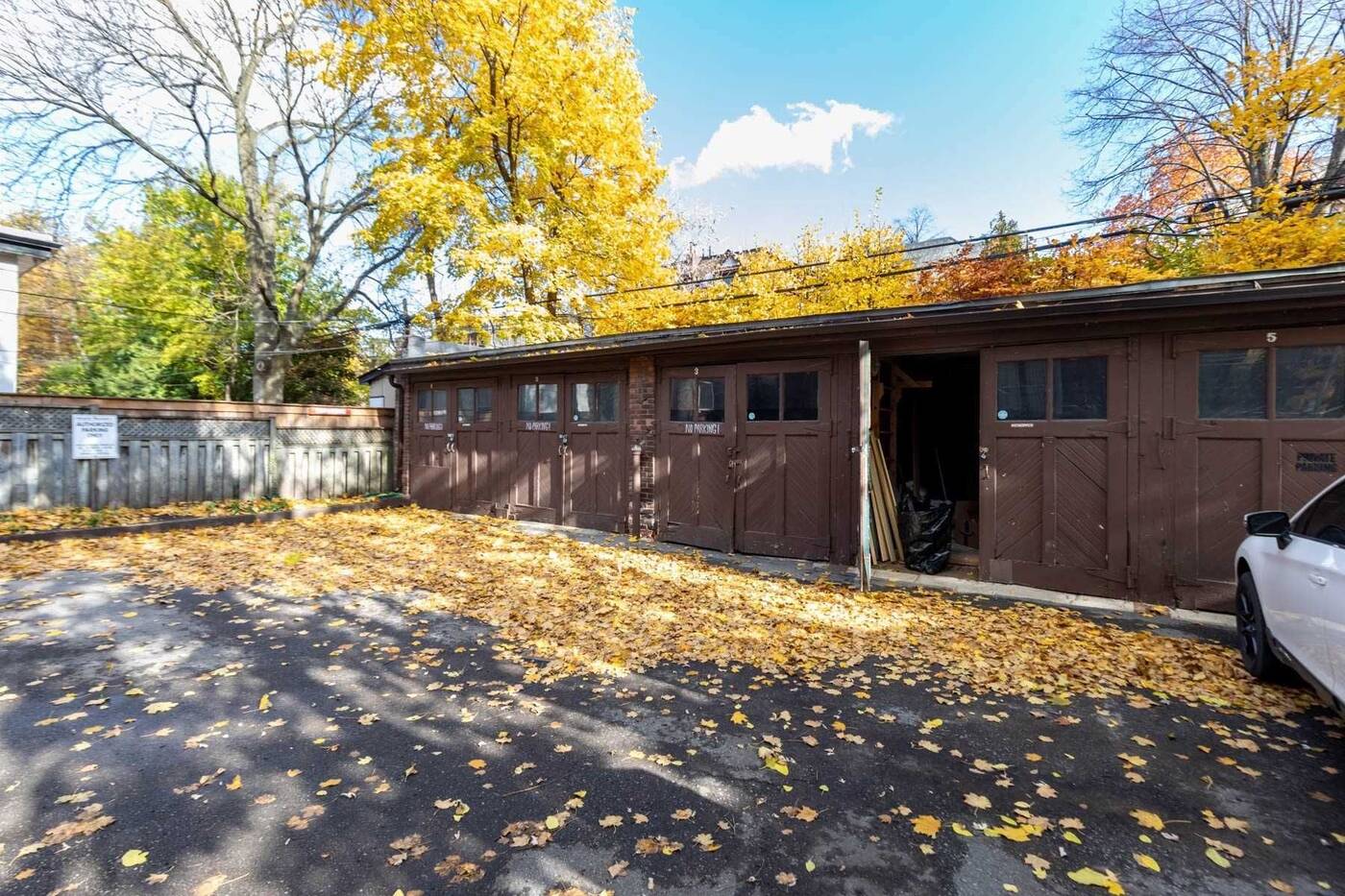 The home comes with 15 fridges, 15 stoves, 15 full bathrooms and a coin operated washer and dryer. Despite this, it’s only listed as having 3+ total bedrooms — perhaps due to the fact that most of the individual suites are bachelors. 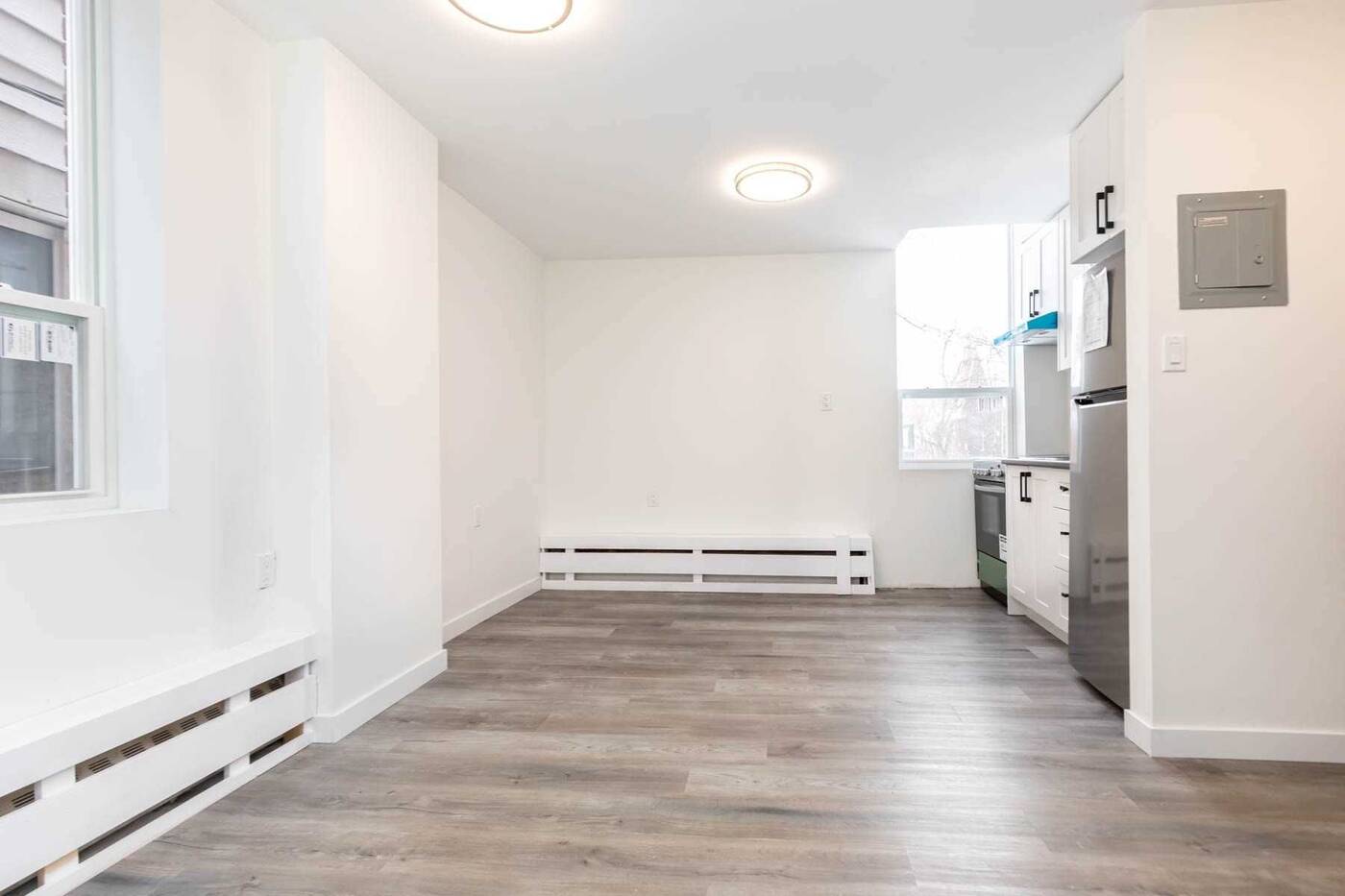 One of the building’s rental suites.

Eight of the units were recently renovated, according to the listing, and it shows, especially in the kitchens… 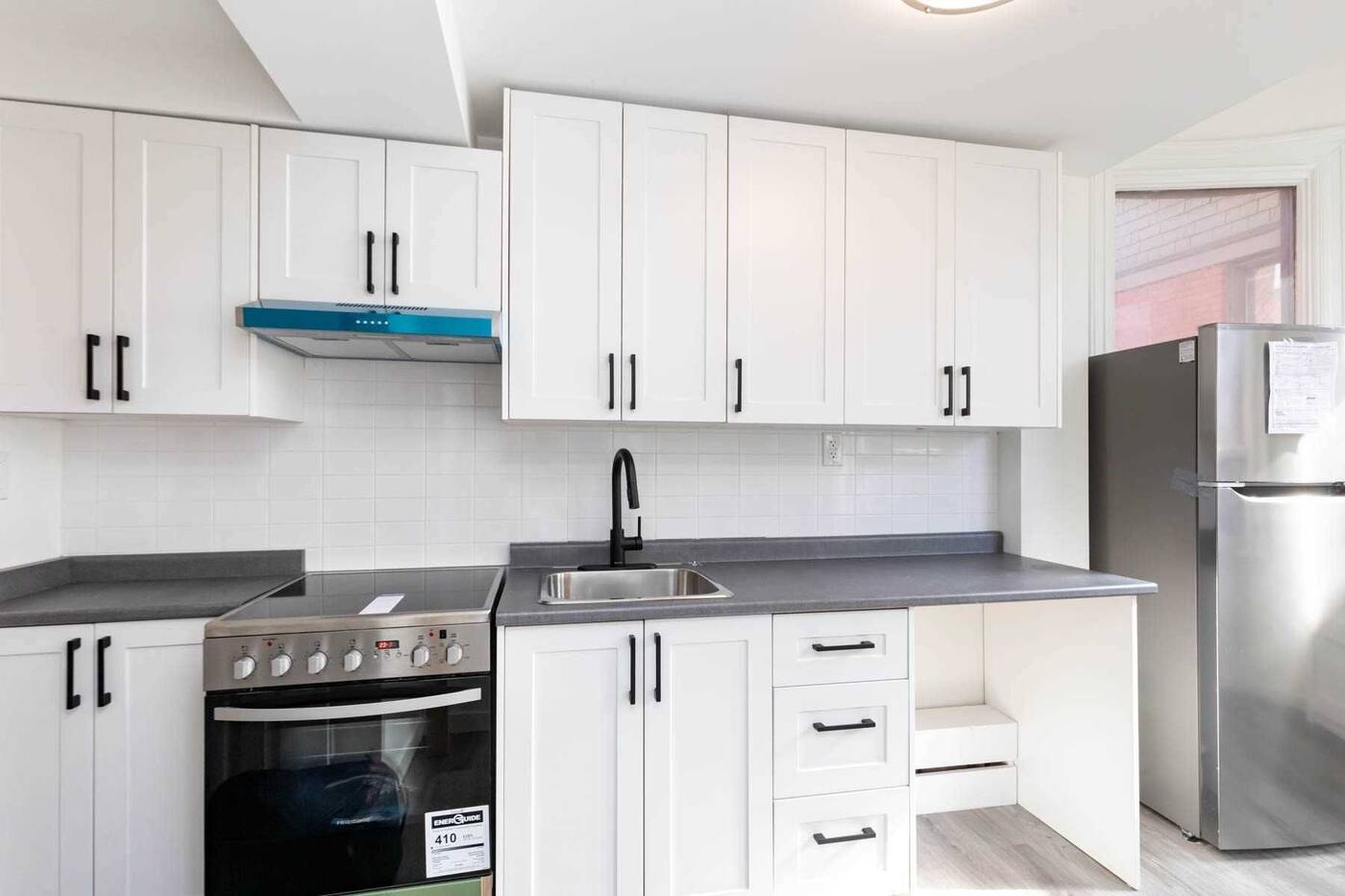 A compact but clean-looking kitchen. 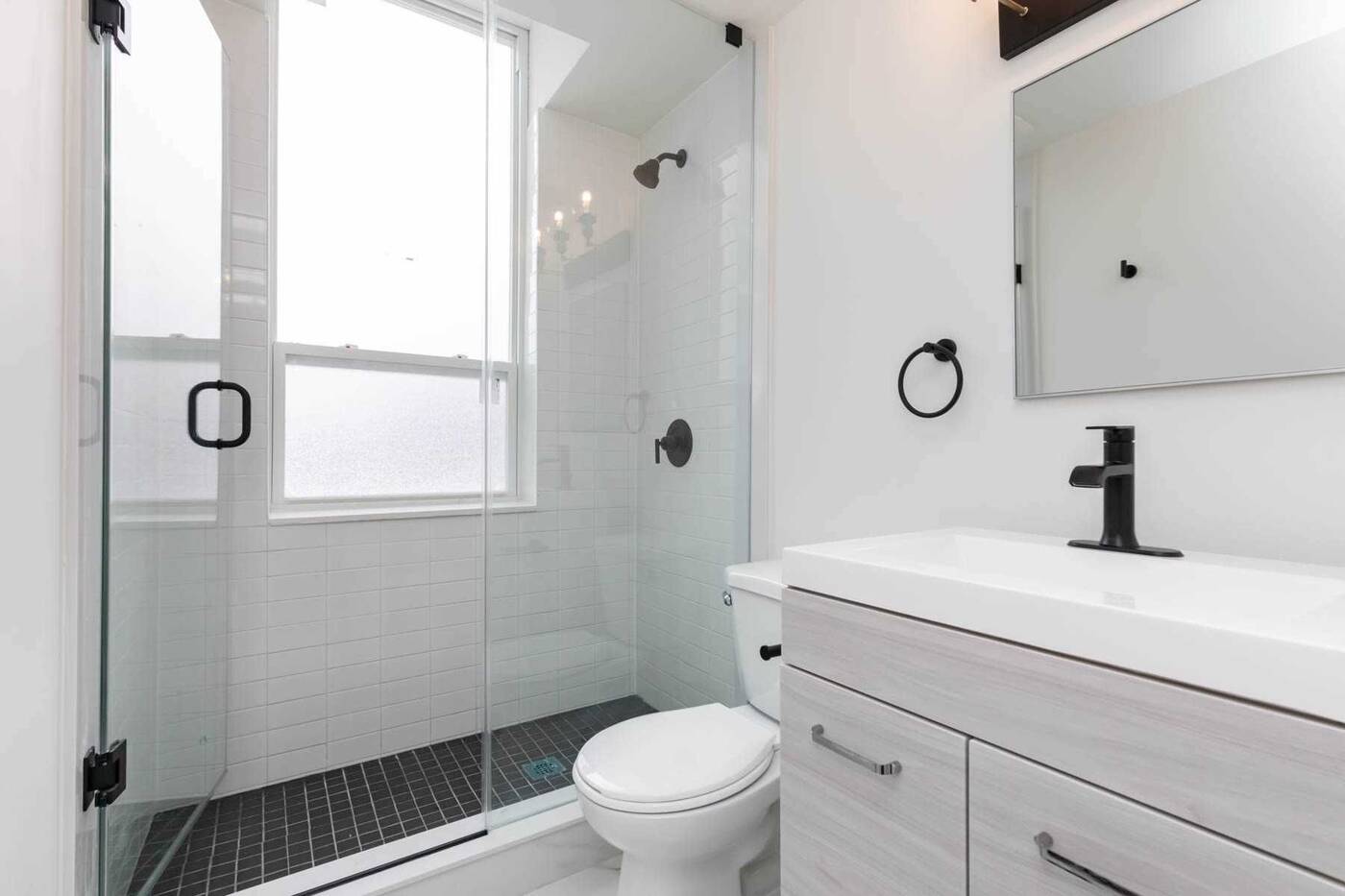 While some of the un-renovated pads do in fact appear to have separate bedrooms, the suites are a bit more dated in the appliances department. 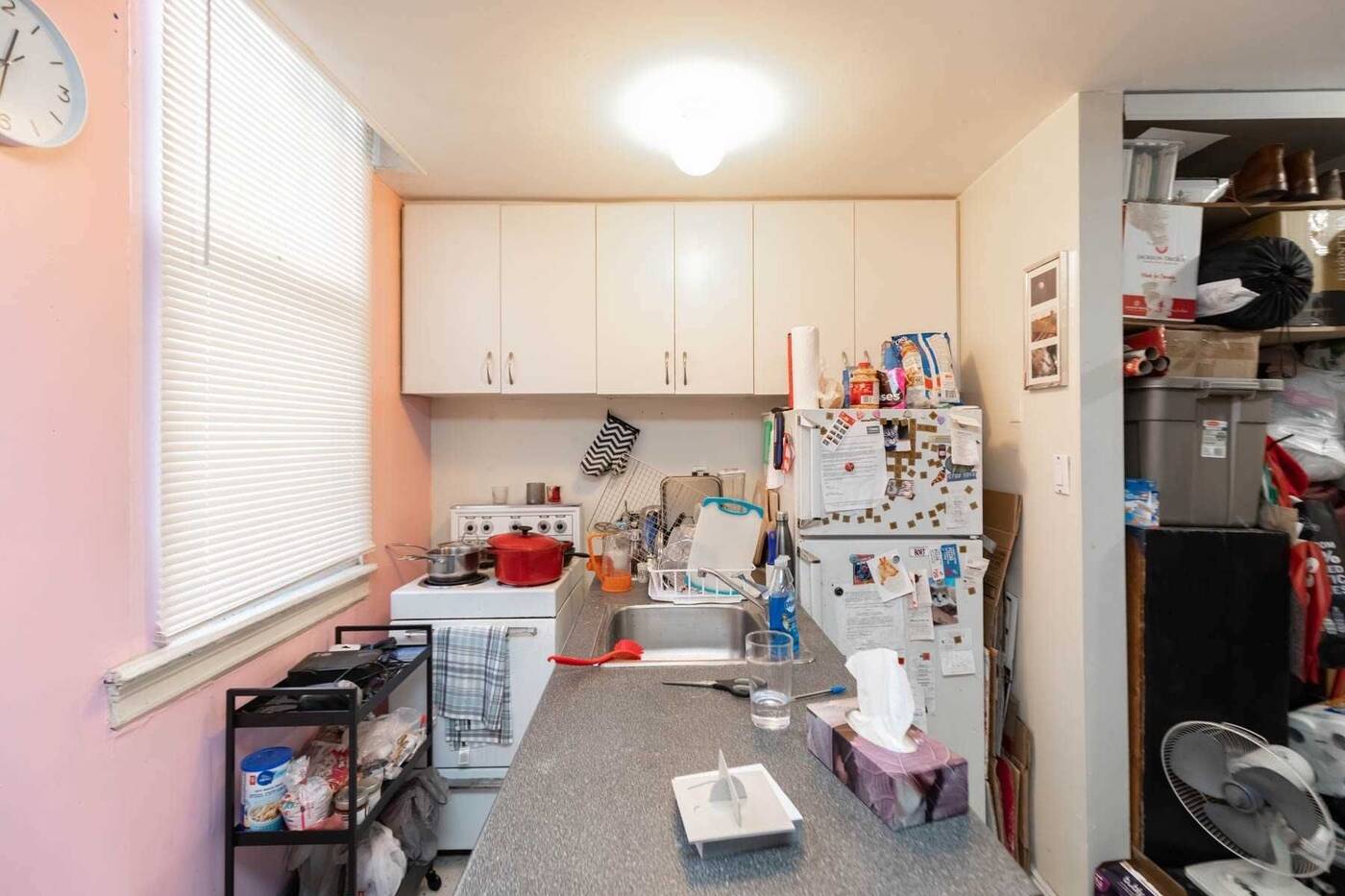 A older kitchen with an odd layout.

Ditto for the washrooms. 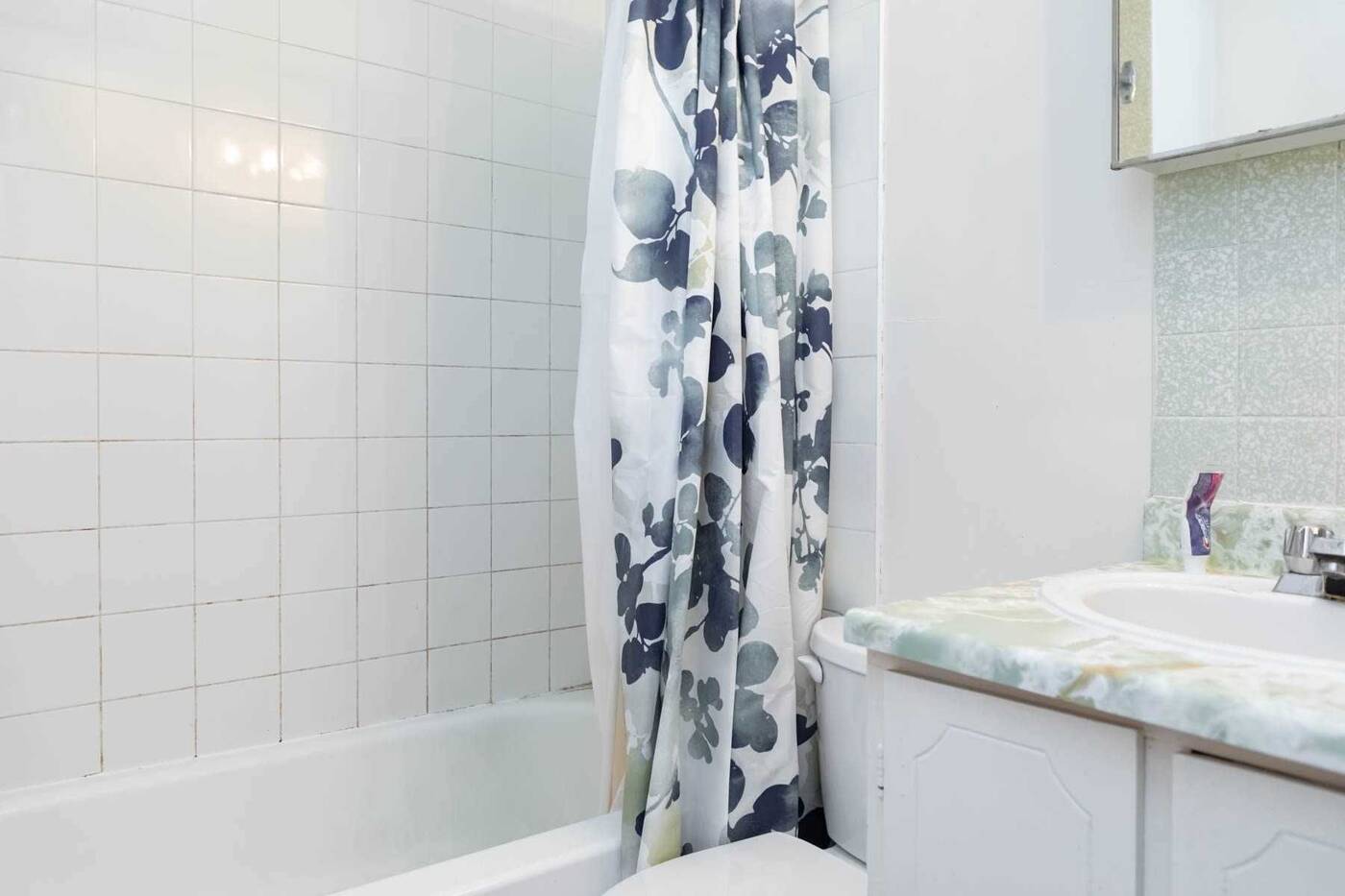 Though some older units do boast interesting features and architectural details. 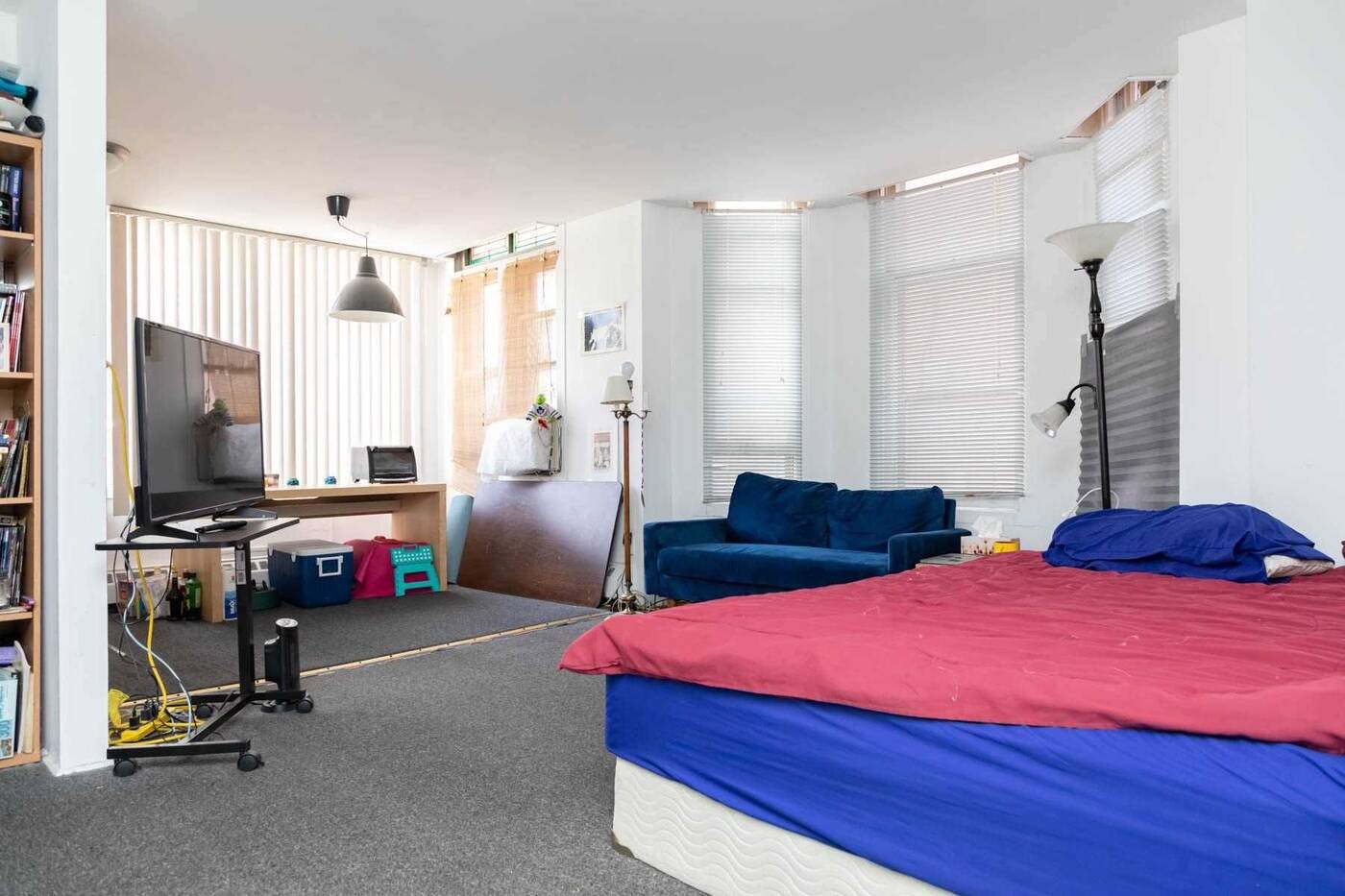 At least one comes with a stained glass window and an antique-looking fireplace. 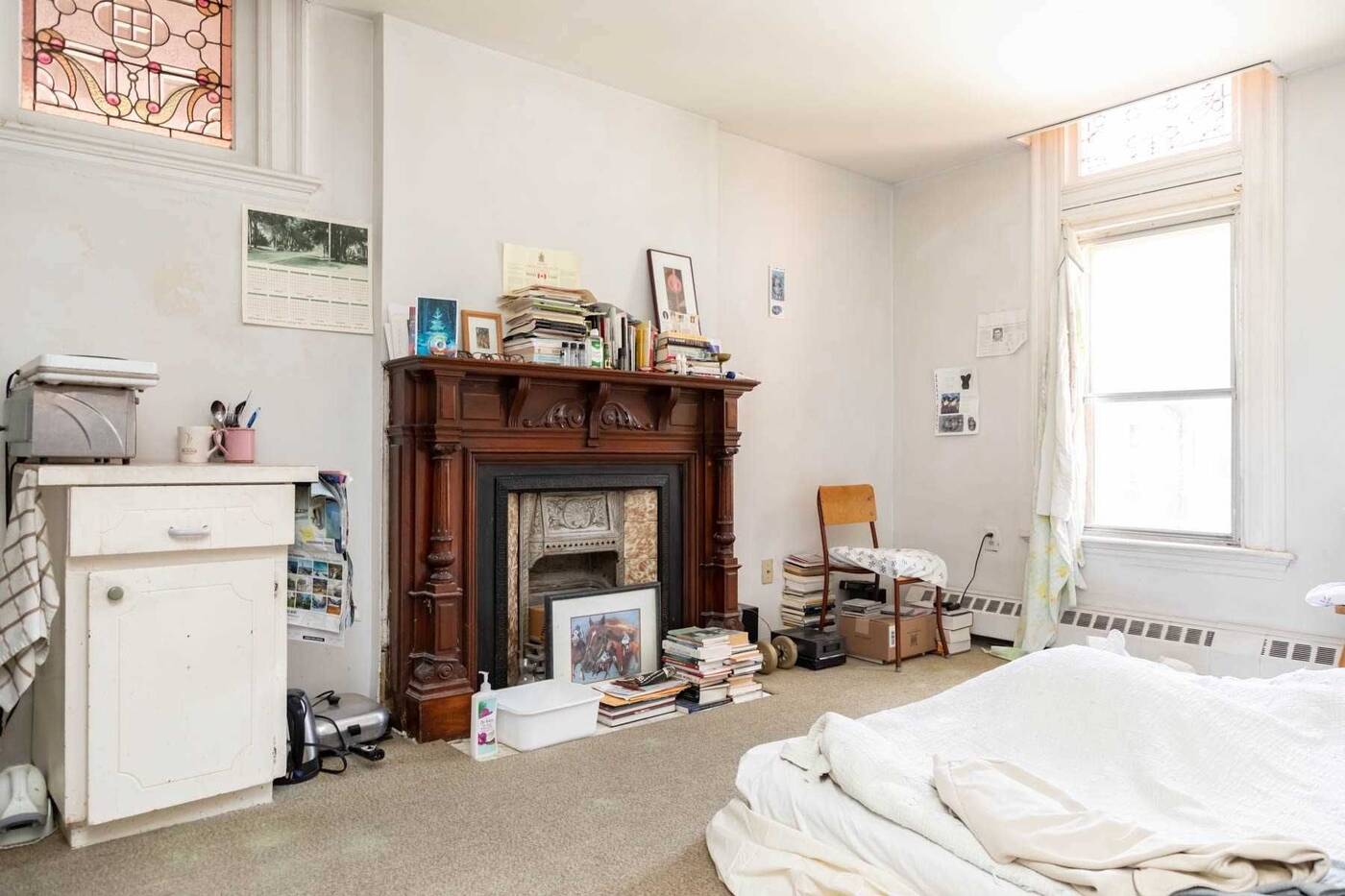 A fireplace beside what looks like a bathroom sink.

The newer units are stark, for the most part… 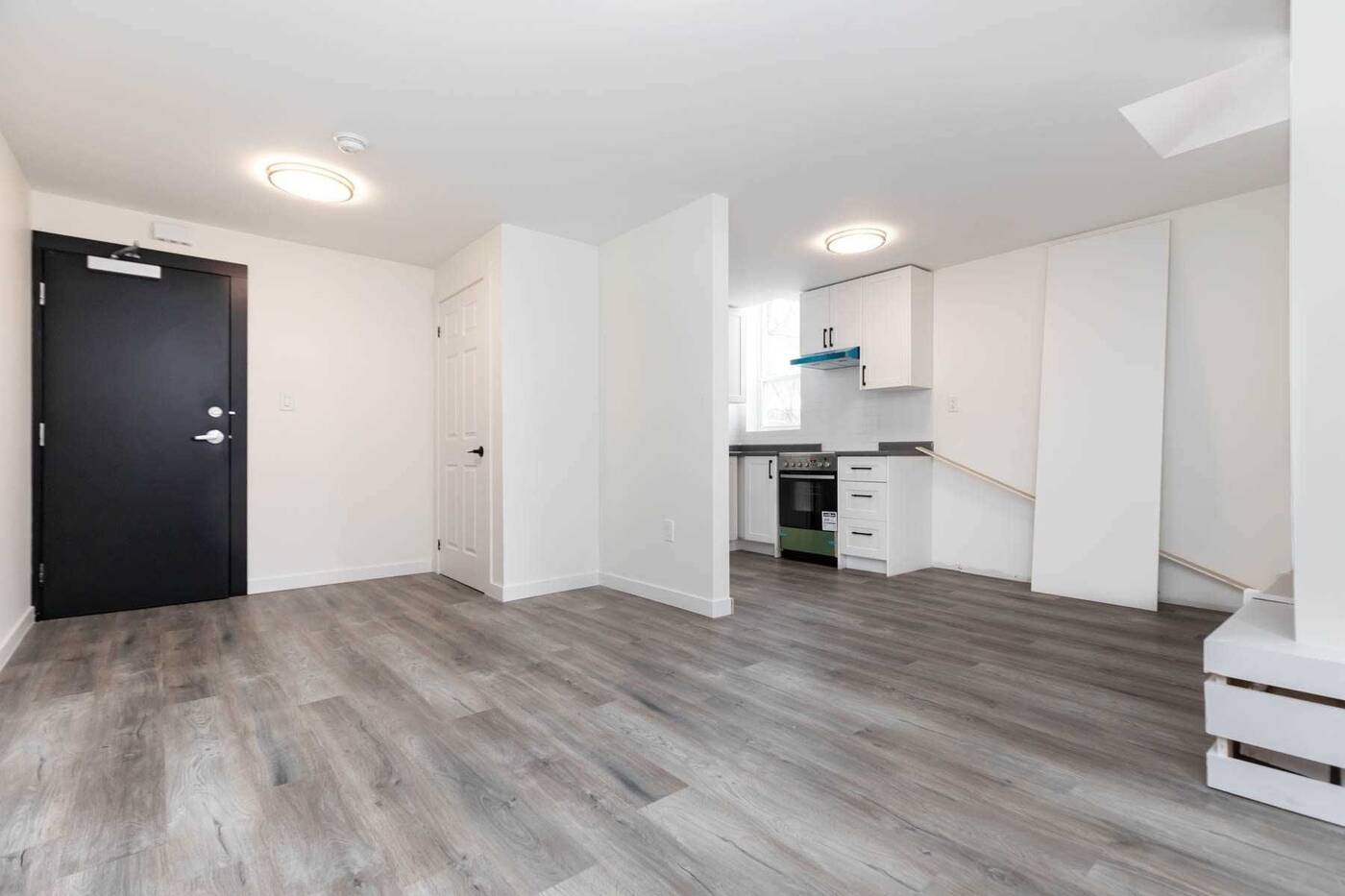 One of the renovated units.

With varying degrees of boxiness. 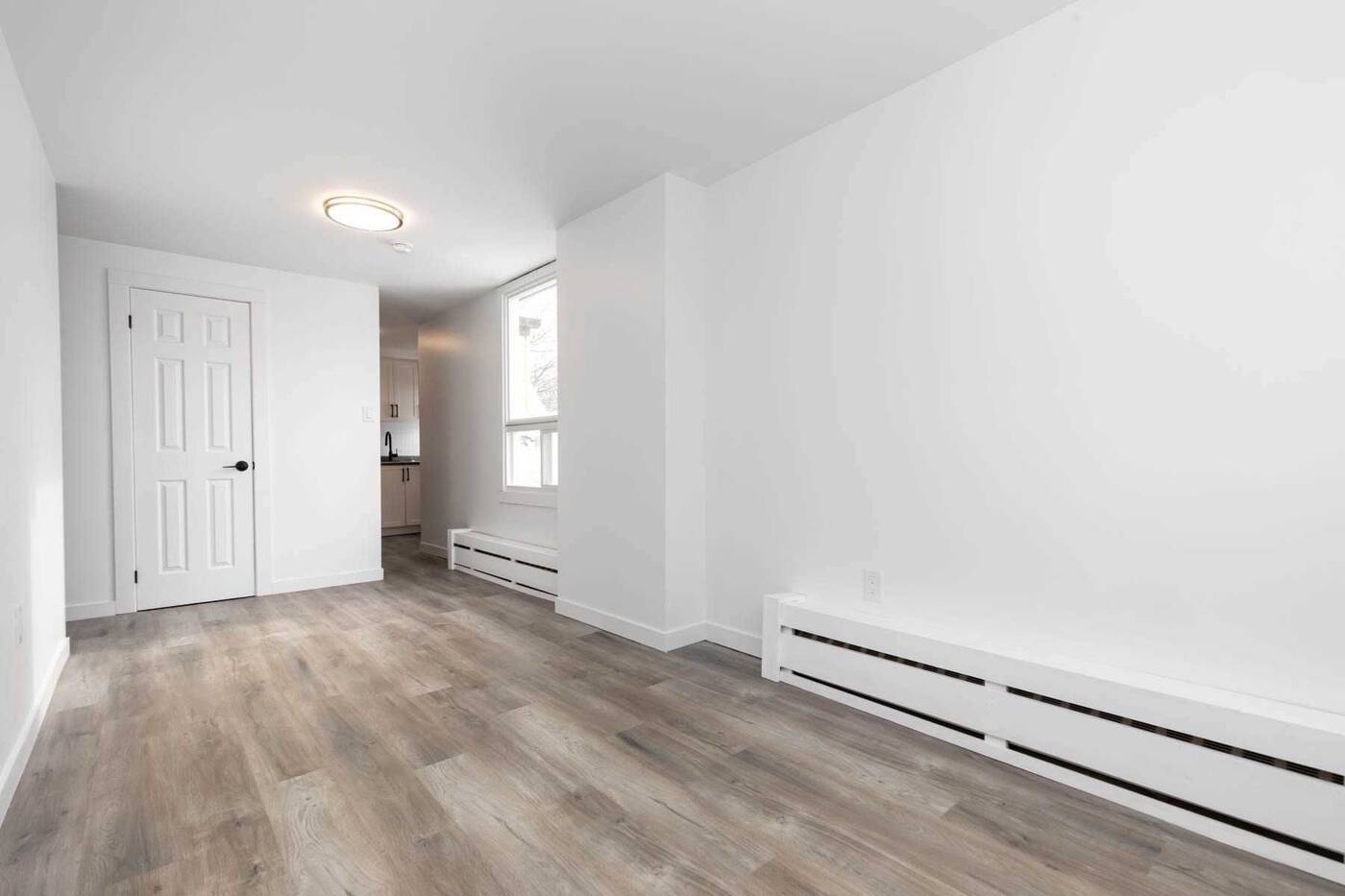 But they’ve got everything a student or single professional might need to live compact, or “micro,” in downtown Toronto. 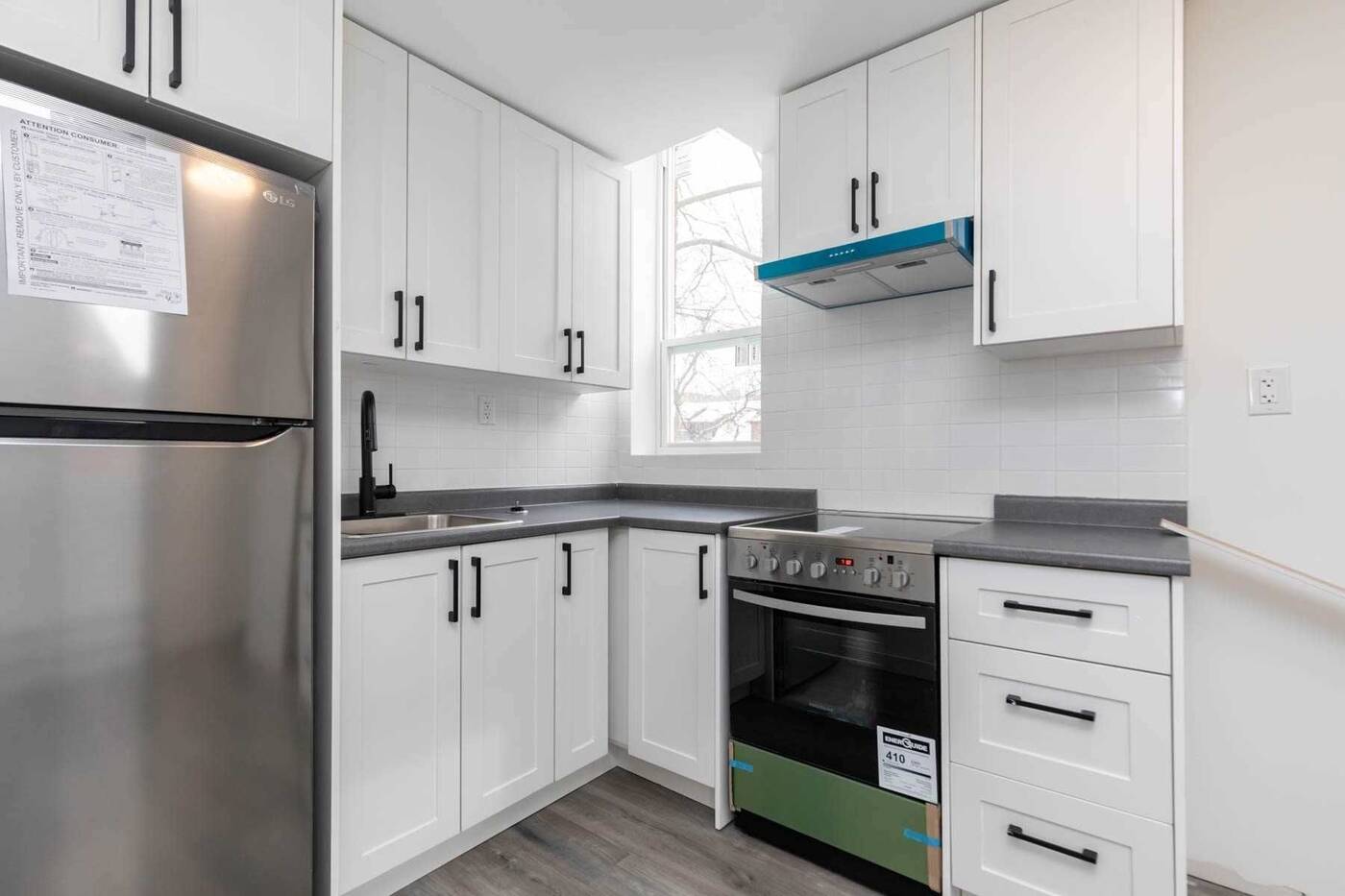 Another kitchen out of a presumable 15 in the building.

Questions to the home’s listed realtor about how this house came to be a 15-unit investment property were not answered, but there is a fair bit of information about the property in City of Toronto Local Planning Documents.

You see, 55 Madison isn’t just any old mansion — it a piece of history, protected under the Ontario Heritage Act as part of a Heritage Conservation District (West Annex Phase I) as of 2015. 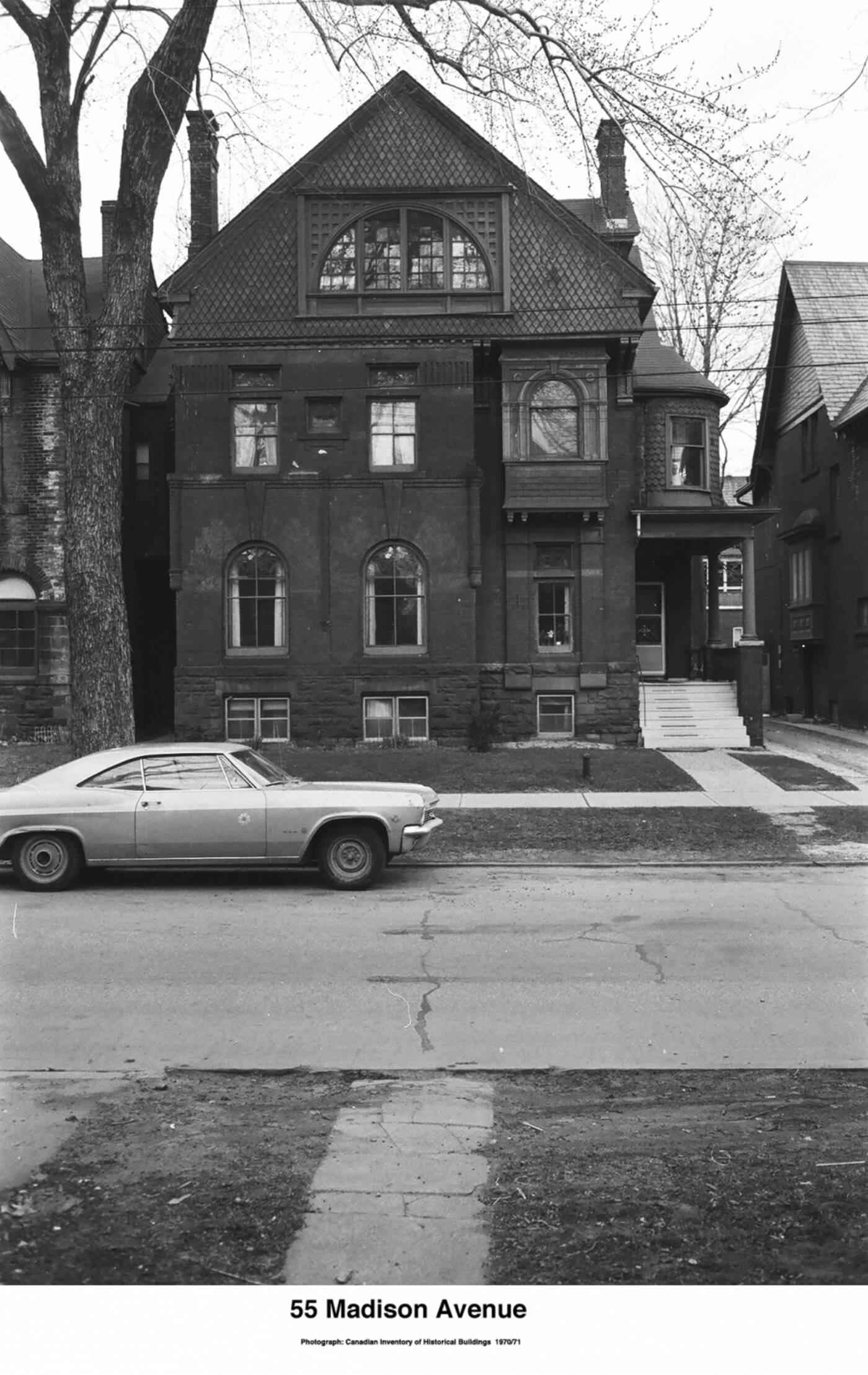 An undated archive photo of 55 Madison Avenue is included in ACO Toronto’s entry on the historic home. Image via ACO Toronto.

The Architectural Conservatory of Ontario (ACO) describes the structure as such:

“This property contributes to the Toronto Annex streetscape of the District with a house form building similar in height and front yard setback to its neighbours, and a front facing gable. The 2.5 storey detached building, with appearance of a centre hall rotated plan, was constructed during the period of significance between 1885 and 1925 in the Annex Style and retains sufficient integrity to permit restoration. Features representative of the Annex style include red brick, rusticated stone foundations and sills, recessed side entry, and semi circular arches. Roof addition is a non-contributing element.” 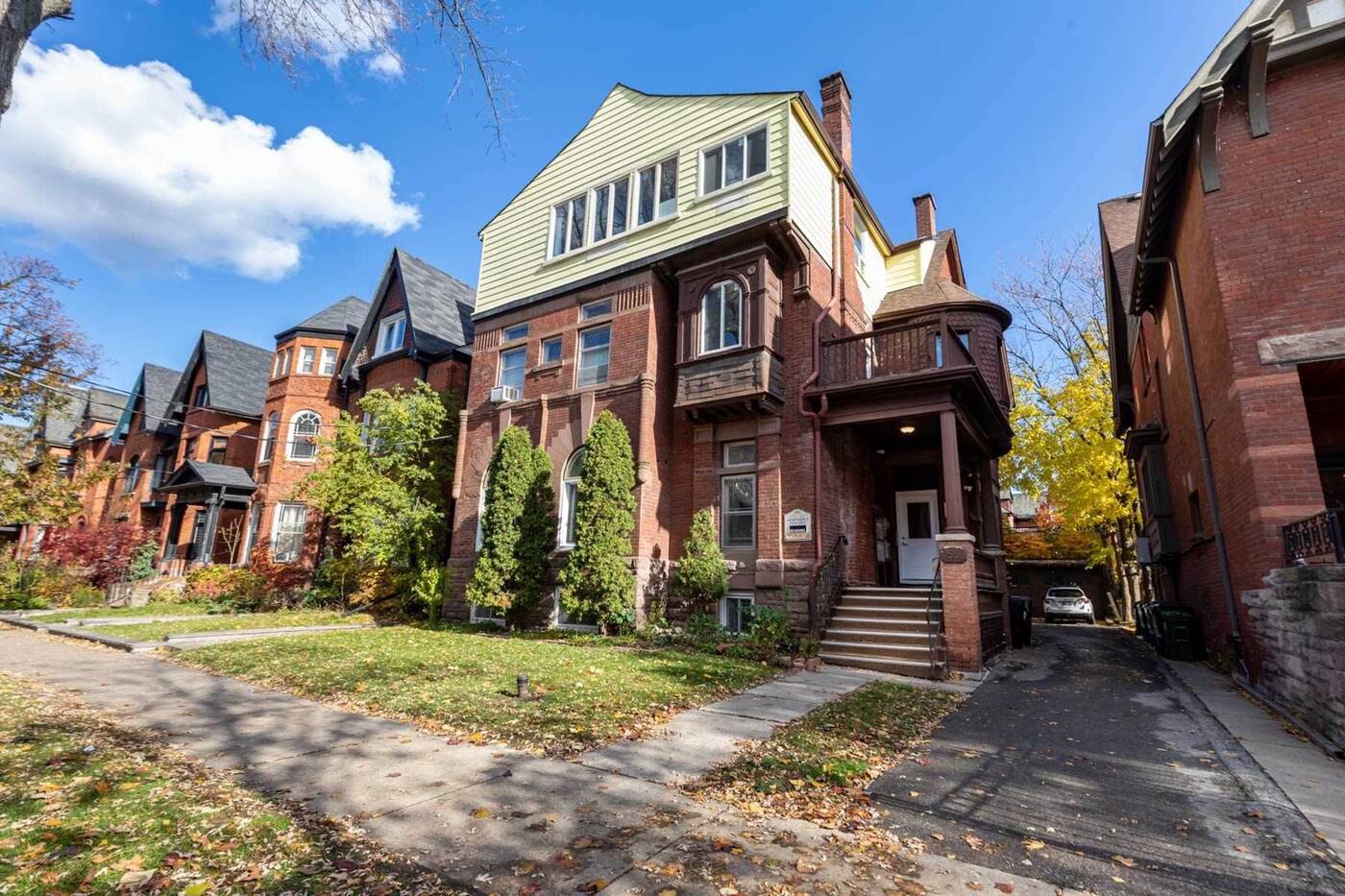 A present look at the property.

It was completed in 1896, according to the conservatory, and originally belonged to Samuel Platt, an old timey dude important enough to have his own Wikipedia entry.

Platt, according to historians, was a “Canadian brewer and politician” born in 1812 (big year) who immigrated to Canada from Ireland in 1827.

One can only guess what the home looked like when it was first finished back in the 1800s, but it certainly didn’t have rooms like this: 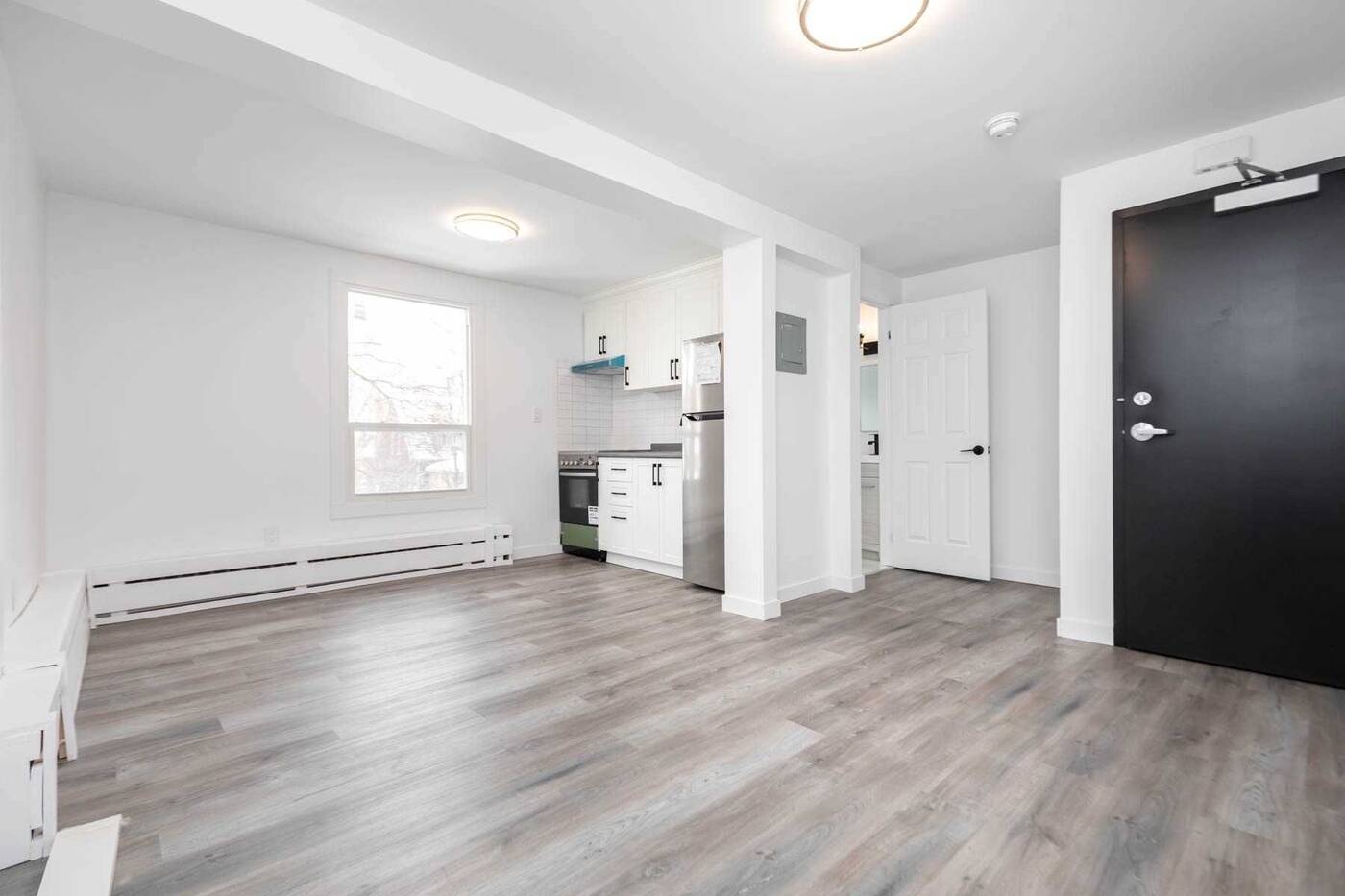 So, is this kind of “chop job” house, as I like to call them, legal?

That depends on which type of zone a home exists in, and how the chop jobs are done; the last big house blogTO featured that had been chopped up into ten individual units was found by the City of Toronto to have been modified without proper work permits and was issued a non-compliance order.

The home at 55 Madison Avenue falls in a yellow residential zone and still retains plenty of its original charm, despite recent renos. 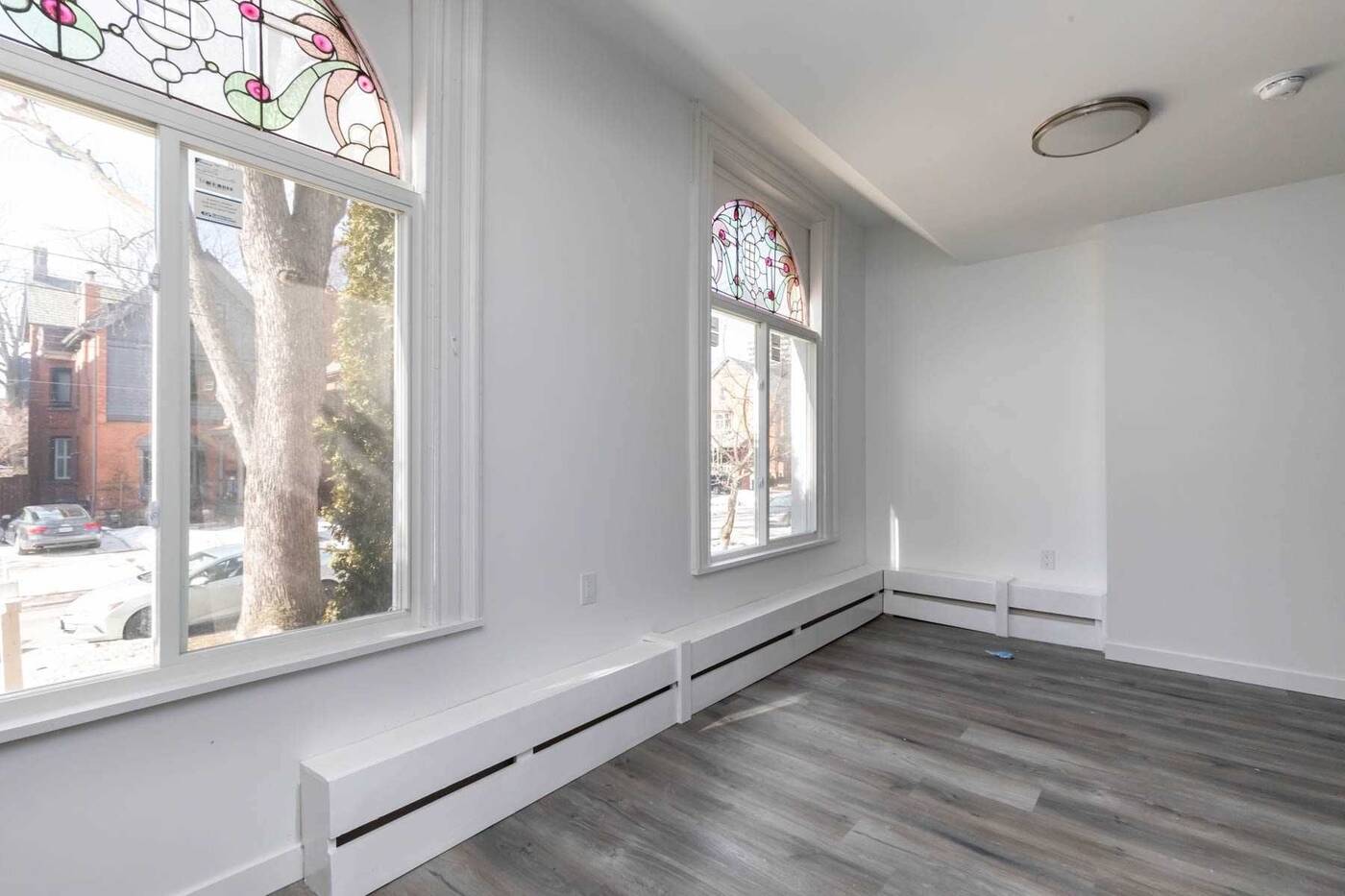 The home looks cared for in most regards.

It still remains to be seen if anyone will buy the historic property comprised of 15 individual units, however. It’s been on the market now for more than 100 days.

Renting out all of those self-contained apartments could bring in a lot of money per month, but the home’s new owner would also be thrust into the role of landlord… unless they decide to chop down all the walls and restore this “grand old lady” to her original splendour.