by Author
in Local
Reading Time: 3 mins read
0 0
A A
0
1
SHARES
12
VIEWS
FacebookTwitterLinkedinRedditWhatsapp

The first woman who rose through the ranks at Ontario Tech University to become a ‘Full’ Professor in the schools Faculty of Science has no interest in throwing shade at the university for not having done this sooner.

Nor is she looking to cast blame for the lack of women in positions of authority in academia’s world of teaching and research.

Dr. Andrea Kirkwood, who got the official confirmation from Ontario Tech President Steven Murphy April 29 that she will be promoted to the full professorship on July 1, said what’s important is that she is here now and can now mentor other women in taking that next step.

“I stand on the shoulders of giants myself,” Kirkwood acknowledged, “and I know there are a number of women at the university who are ready to take that leap.”

“I would like to play more of a leadership role, being a squeaky wheel to help get results.”

Kirkwood, whose speciality is Aquatic Ecology, has seen her expertise called upon more often during the pandemic, especially in the area of COVID-19 wastewater monitoring.

“It’s important data today. Now we’re getting funding to do other work in wastewater such as testing for opioid use and gastro-intestinal disease and for other viruses like influenza.”

“It has become wastewater-based epidemiology.”

She is active on Twitter (with a lot of non-academic followers) and uses that social media platform to try and “dispel some of the myths and misconceptions” about what it’s like to be a professor and what it takes to earn promotion in the system.

Kirkwood noted that not everyone is cut out to be a professor and many are content to enjoy their career without climbing through the ranks, with teachers hired to teach and do research work, either on a contract basis or on the ‘tenure track.’ You are then brought on as an Associate Professor and it usually takes at least six years to build up your resume.

“Tenure,” Kirkwood explained, “doesn’t mean you have a job for life. It gives you some job protection and certain intellectual proprietary rights.”

Nearly half of all Associate Professors at Ontario Tech are woman, said Melissa Levy, the school’s Manager of Communications and Creative Services. “These faculty members are the ones who will be positioned for progression through the ranks through the tenure process.”

But just one-quarter of all Full Professors are woman and while there has been a female Dean in the Faculty of Science, Kirkwood is the first of the rank and file to earn her full professorship.

To be promoted to Associate Professor you are trying to show potential, Kirkwood said. Full Professors must show accomplishments, such as published papers and successful grant applications. But what is an equally important part of the job, she added, is mentorship.

“Mentorship and sponsoring students is probably the biggest hidden labour of what we do. It’s also one of the most fulfilling, at least for me.”

Kirkwood said mentorship is one area where women professors tend to spend more time than their male counterparts. “Women tend to spread ourselves thin doing outreach work, tapping into underrepresented populations, instead of publishing papers and getting citations.”

Kirkwood believes there is still a long way to go in achieving equity in academia, noting that there is still a pay discrepancy of about 13 per cent at the university. That’s where the ‘squeaky wheel’ part comes in, she said.

“No one knocked on my door and said you can be a full professor so I’m hoping to help women faculty members – and especially women of colour – to be in contention for promotion.”

“I’d like to say it’s not an old boys club anymore but it’s systematic – it’s part of our society. All we can do is do our part.”

Kirkwood also uses social media (http://@KirkwoodLab) to get men – especially white men – to play a bigger role in breaking down barriers. “I want to get white men who recognize there is a problem but don’t want to stand in the way to ‘get in the way.’ I tell them, yeah, get in the way and take some action so there is not as much service work landing on women.”

Ontario Tech is doing all the right things, she noted, citing numerous task forces looking into equity, diversity and inclusion to remove barriers in the appointment and promotion processes.

“Things are moving in the right direction, and I hope I’m part of that movement going forward.” 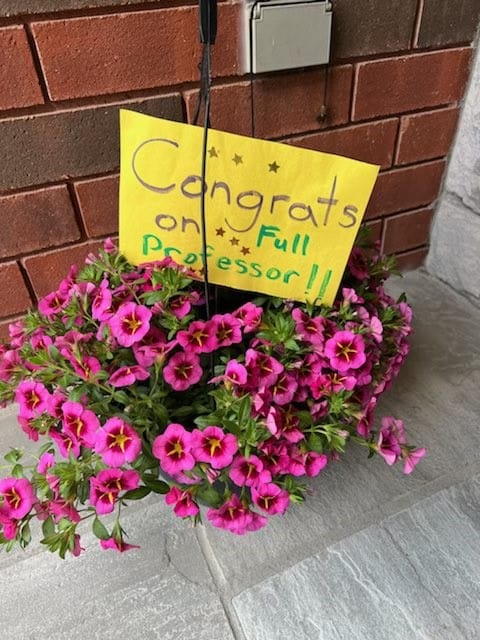 Police say strong winds may have been to blame after a moving truck tipped over against a cement median on...

A driver who struck and killed a woman and her three young daughters nearly two years ago "gambled with other...

As Ontario Liberals geared up for a provincial election, they were faced with a unique problem — too few people...

Will Women Athletes Ever Be Able to Compete with Men?

Police close road in Whitby due to fire investigation

Ectopic Pregnancies Are Dangerous. Will They Be Affected by Abortion Bans?