Niagara Regional Police are on the lookout for three men they say mugged a young man at knifepoint last week.

In the early morning hours of Dec. 27, police say they were called to the area of Vine St. and Carlton St. after receiving reports of a robbery.

Police say a 24-year-old man was robbed by three men just before midnight on Dec. 26, and one of the allegedly muggers had a knife.

The suspects reportedly fled the scene before officers arrived on scene and were last seen on foot near Carlton St.

The victim was not inured in the incident, according to a statement from police.

Detectives are seeking the public’s help to identify the suspects. 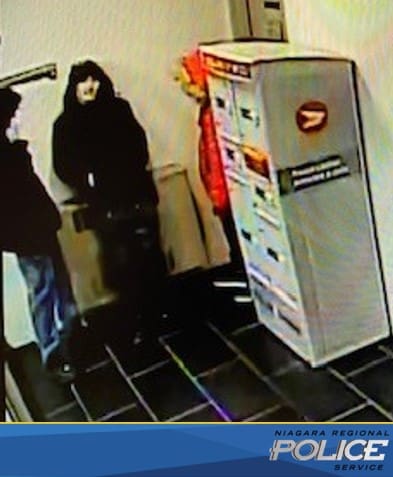 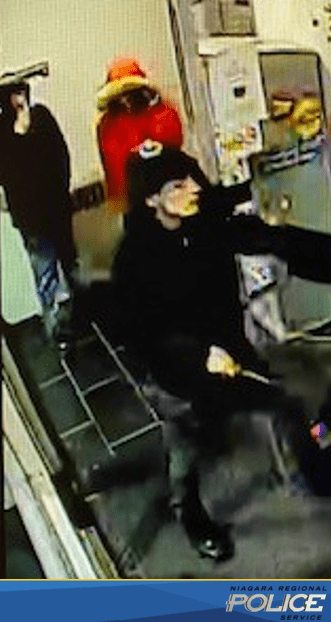 The first suspect is described as a white male between the ages of 18 to 20. He was wearing a black jacket with a hood, camouflage pants and black shoes.

The second suspect is a black male, also between the ages of 18 to 20. He was wearing a red winter jacket with fur on the hood, black pants and black shoes.

The third suspect is also a white male between the ages of 18 to 20, and was wearing a black puffer winter jacket, black pants and dark coloured shoes.

A motorcyclist was seriously injured after colliding with a vehicle in Oshawa on Friday. Durham regional police officers were called...

Man in hospital after hit-and-run in Brampton

A man is in hospital after a hit-and-run in Brampton Friday morning, Peel Regional Police say. At around 10 a.m.,...